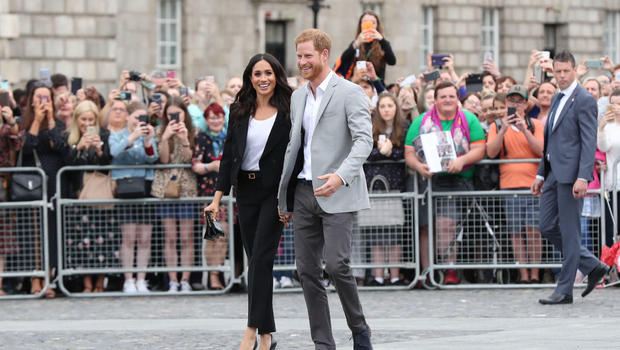 SYDNEY, Australia — The Duke and Duchess of Sussex, Prince Harry and his wife Meghan, are expecting their first baby in the spring, Kensington Palace confirmed on Monday. Harry and Meghan married in May 2018 in a grand ceremony at Windsor Castle outside London.

No further details of their first expected child, or how Meghan is feeling after the first months of her pregnancy, were immediately available.

The announcement came as a beaming Duchess Meghan, looking remarkably unfatigued by a 22-hour flight, walked out of Sydney's airport with Prince Harry for a rest day before they officially start a 16-day tour of Australia and the South Pacific.

The trip is the first international tour for the Duke and Duchess since they were married, apart from a two-day visit to Ireland.

Holding hands and casually dressed, the prince and the former American actress walked out an airport rear entrance and into a car. Meghan, wearing skinny black pants and a black, burgundy trimmed coat, was smiling and clutching folders, while Harry gave a thumbs up to bystanders.

Days after watching Harry's cousin Princess Eugenie tie the knot in a lavish ceremony in Windsor, the couple touched down in Sydney on an overcast morning after a regular Qantas Airways flight from London with a brief stopover in Singapore. 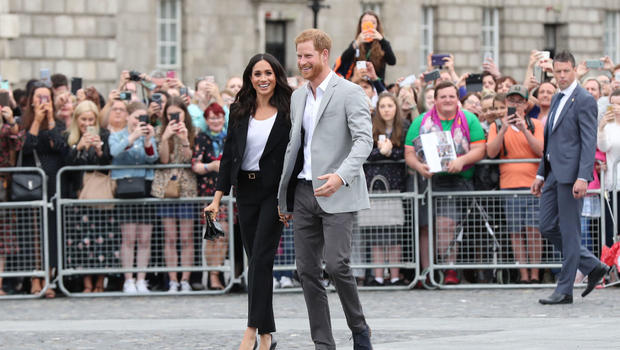 Billie Eilish and Nike pair up for vegan Air Jordans