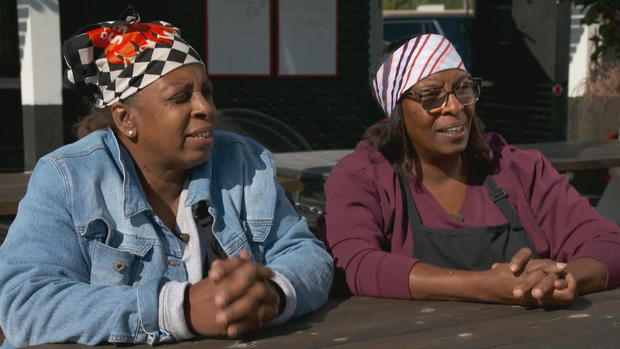 KANSAS CITY, Mo. — Kansas City is known for barbecue, but two sisters are smoking out the competition. Deborah and Mary Jones are some of the only female pitmasters on the Kansas City barbecue scene. They've been at it for more than three decades.

"She always tells me what to do," said Deborah.

"She tells me what to do," said Mary.

But their dynamic works. Their latest incarnation, Jones BBQ, is at a former taco stand, where passing freight trains can be known to drown out order calls. They've already developed a loyal following, in what has been a predominantly male game.

"This is an art … people don't just wake up and say I am going out today to make barbecue," Mary said.

It's also not easy. The cooking begins in the middle of the night, because the perfect brisket can take 16 hours or longer to cook.

Deborah, also known as "Little," is in charge of the smoker. Mary, whose family nickname is "Shorty," preps the meat, and handles the taste test, because consistency matters.

"Our motto is freshness, freshness every day. The way it tastes yesterday, it has to taste that way tomorrow, next week," Mary said.

"And see if it needs to be touched up," Deborah added.

The sisters have been around barbecue since they were old enough to stand on a milk crate. They've already developed a loyal following, in what has been a predominantly male game. The fact that they were women was part of the draw.

"I had the turkey, ribs and fries and it is delicious. So good," said Twyla Kelly.

It's a bond that goes beyond barbecue.

"Until the man upstairs says stop, we're just going to keep on doing what we do," Mary said. 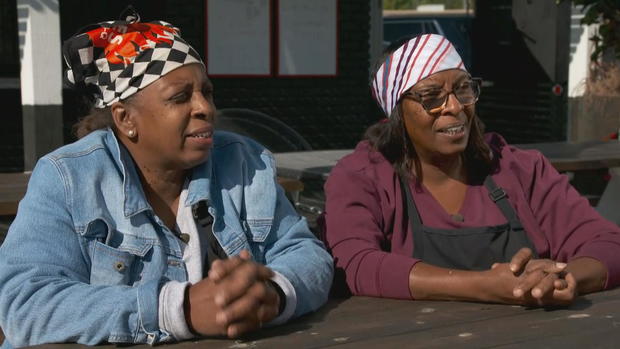 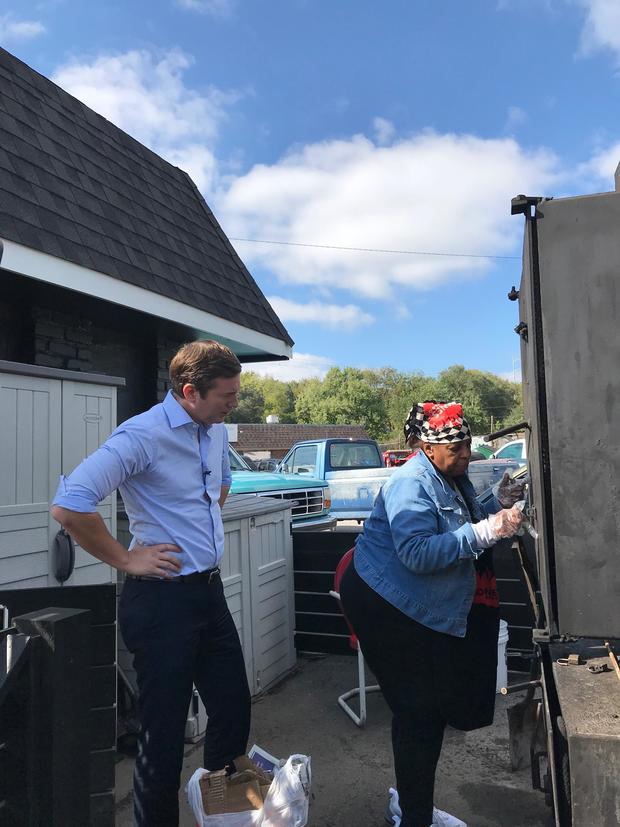