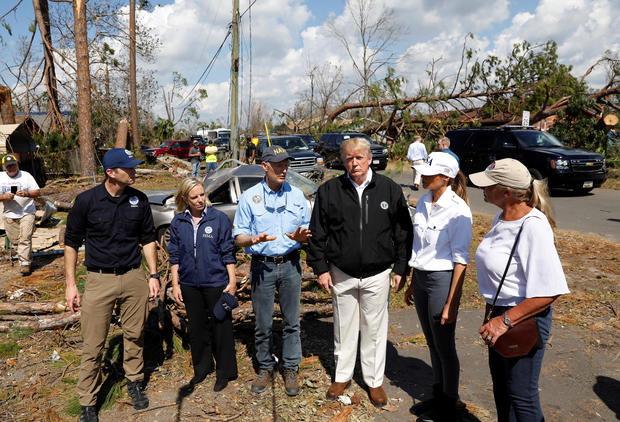 MEXICO BEACH, Fla. — President Trump flew to the Florida Panhandle Monday to see the devastation left by Hurricane Michael. Five days after the storm hit, the search for victims continues and the recovery is just beginning.

"To see this personally it's very tough," the president said.

"I did not know the force of nature could be this bad," Rollins said.

Power crews have been working sunup to sundown to try and restore electricity to the tens of thousands of people in the hardest hit areas. The lines are long for gas in Panama City. But five days after the storm slammed into the Florida Panhandle, patience is running thin.

In Mexico Beach on Monday, cadaver dogs found the latest victim near the shore — a body buried under the pulverized remnants of a home. Another was pulled from a swamp down the coast in Cape San Blas. Mark Moore and Tony Beck said they tried to get the man to evacuate with them, but he stayed behind.

"I told him he was out of his mind," Beck said, adding that he offered him a seat in his car. 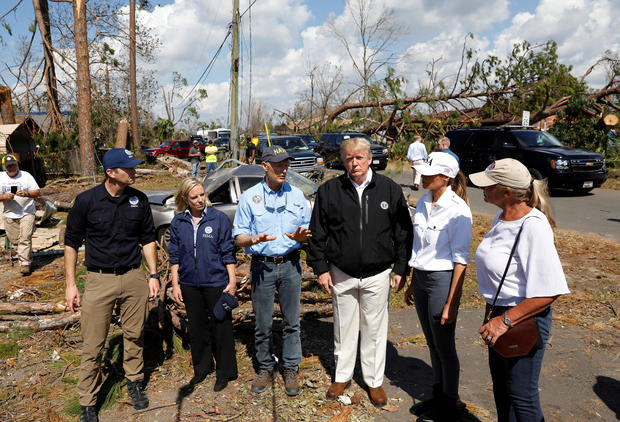