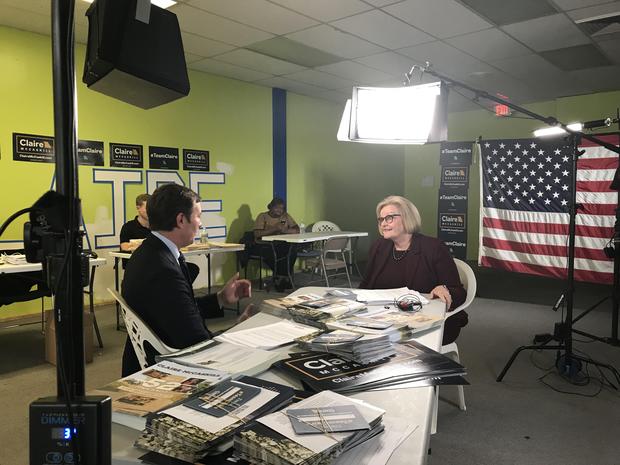 By Jeff Glor CBS News October 15, 2018, 6:53 PM Missouri Senate race goes down to the wire as battle over health care heats up

KANSAS CITY, Mo. — The midterm elections are three weeks away, with control of Congress hanging in the balance. One of the key races is here in Missouri, where polls show Democratic Sen. Claire McCaskill locked in a tight re-election battle with her Republican challenger, state Attorney General Josh Hawley.

McCaskill is a two-term Democrat in a state that President Trump won in 2016 by nearly 20 points.

"I don't do a knee-jerk opposition to the president," she said. "I try to figure out each nomination and each policy position based on the merits and I'm going to have to explain it to Missourians."

When asked if she thinks Mr. Trump's presidency is a success, she said it's a "work in progress."

"I think that's up to voters," McCaskill said.

Her moderate stances haven't stopped her opponent from going on the attack.

Hawley, the state's attorney general, is a 38-year-old Yale Law School graduate who once clerked for Chief Justice John Roberts. He's a conservative who has hooked himself to the president and he hopes, to the voters who put him in the White House.

"They did that because he said he would go out and fight for our values and the things we believed in, and I think he's doing that. And so long as he's doing that, I'm going to be for him," Hawley said.

Half of Missouri voters are satisfied with the way things are going in the country, but the other half isn't. McCaskill leads among women, while Hawley is ahead among men. But when it comes to one of the main issues in this race — health care — McCaskill gets more support than her opponent. As a result, the attacks on each other have been sharp, and some voters don't like it.

"It kind of muddies the water … because you don't know what to believe or what not to believe," said Corey Calloway, one voter.

"They are really mad. In fact, they're hopping mad about prescription drug price increases. They are frustrated at the idea that that there are protections for pre-existing conditions are in jeopardy," McCaskill said.

"The federal government should directly guarantee that folks who have a pre-existing condition get rates, premiums, deductibles at the same as everybody else," Hawley said.

But he insists that's not the same as mandating people have coverage.

"It just says that those who have pre-existing conditions should be able to buy insurance at the same rates and prices as everybody else," Hawley said.

It's been a bitter fight, crystallized over the battle to confirm Brett Kavanaugh to the Supreme Court. Hawley would support him, while McCaskill did not.

"The last thing in the world we need as a Supreme Court to be a reflection of what Congress has become: tribal warfare," McCaskill said.

She said there wasn't the same level of tribal warfare in politics when she was first elected.

"All of the noise is generated on the ends of the spectrum. We need more noise in the middle," McCaskill said.

CBS News asked Hawley if he would be able to compromise in office. 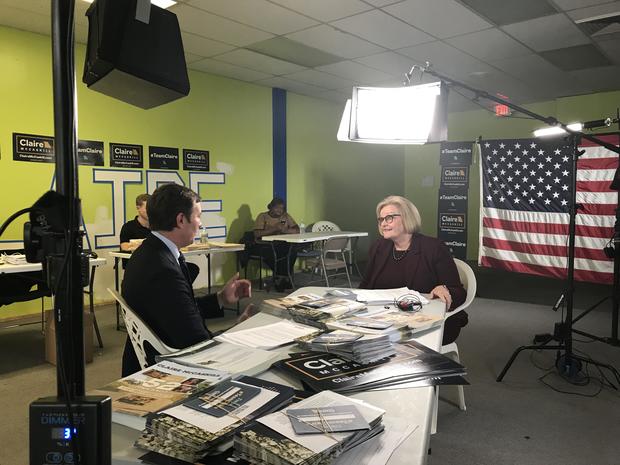 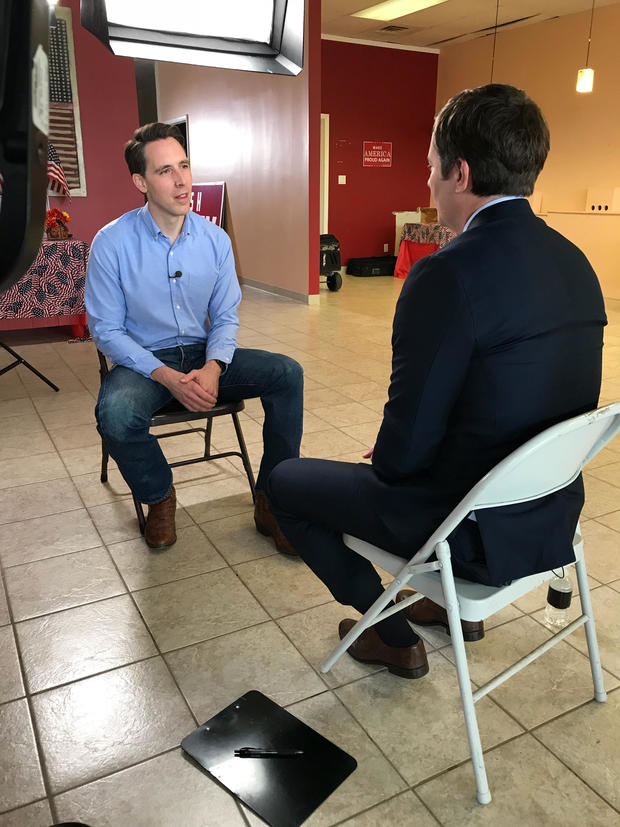