U.S. health officials have issued more than 700 warnings during the last decade about the sale of dietary supplements that contain unapproved and potentially dangerous drug ingredients, new research reveals.

In nearly all cases (98 percent), the presence of such ingredients was not noted anywhere on supplement labeling, the U.S. Food and Drug Administration found.

From 2007 to 2016, the lion's share of FDA warnings — 46 percent — concerned supplements that touted enhanced sexual pleasure, while weight-loss products were cited in 41 percent of the warnings. Most of the remaining warnings (12 percent) concerned supplements marketed as muscle-builders, the findings showed.

The tainted-supplement problem appears to have grown in scope in recent years, with 57 percent of all warnings having been issued since 2012, the researchers said.

"Over the past decade, ever since I first began tracking the problem, I have only seen the number of supplements adulterated with drugs increase rapidly," said Dr. Pieter Cohen. He is a general internist with the Cambridge Health Alliance, and an associate professor at Harvard Medical School in Boston.

Cohen is the author an editorial that accompanies the new analysis, which was published online Oct. 12 in JAMA Network Open. The study was led by Madhur Kumar, of the California Department of Public Health's Food and Drug Branch.

Kumar's team noted that more than half of all American adults routinely take some form of dietary supplement, with estimated annual sales of $35 billion.

The FDA explicitly warns that supplements aren't a replacement for either over-the-counter or prescription medications, and should not be viewed as a way to treat or prevent disease.

The agency classifies dietary supplements — including vitamins, minerals, botanicals, amino acids and enzymes — under the category of food, rather than drugs.

That distinction is important.

"Supplements are handled completely different than either prescription medications or over-the-counter drugs," Cohen explained. "Those two categories are carefully vetted by the FDA. Supplements are not vetted by the FDA, and do not require that any evidence of safety or efficacy is presented to the agency before they are sold to consumers."

The FDA's Dietary Supplement Health and Education Act of 1994 essentially places the burden for evaluating supplement safety, content and labeling primarily on the shoulders of the manufacturers.

Experts point out that this arrangement means that, while the FDA has the authority to remove from the market any supplement reported as causing harm, as a practical matter it does so only after the fact. This raises the risk for a wide range of "serious adverse events" involving tainted supplements — including stroke, kidney failure, liver injuries, blood clots and even death — critics of the arrangement contend.

The study team said prior estimates suggest that such events result in roughly 23,000 emergency department visits and 2,000 hospitalizations in the United States every year.

The new analysis reviewed a decade's worth of information contained in an FDA database titled "Tainted Products Marketed as Dietary Supplements."

Almost 800 tainted warnings were issued during the review period for supplements manufactured by 147 different companies, though some involved multiple warnings about the same supplement, the study authors said.

About 20 percent of the warnings identified products containing more than one unapproved ingredient, the investigators found. Sildenafil (commonly known as Viagra) was the ingredient in nearly half of the warnings concerning sexual enhancement supplements.

Sibutramine — an appetite suppressant taken off the market in 2010 due to cardiovascular risks — was cited in nearly 85 percent of weight-loss supplements, according to the report.

And among muscle-building supplements, synthetic steroids or steroid-like ingredients were the cause for concern nearly 90 percent of the time, the researchers said.

Cohen said any meaningful solution will require a change in the laws that govern the way the FDA monitors supplements. Barring that, you should "ask your doctor if you need to take supplements," he advised.

"If your doctor doesn't advise supplements for your health, then they will likely not help you," Cohen stressed. "However, for my patients who still want to use supplements, I advise them to purchase supplements that list only one ingredient on the label and to avoid any supplement that has a health claim on the label, such as improving immunity or strengthening muscles." 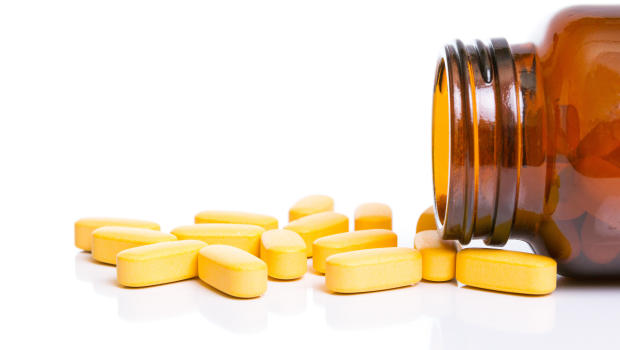 How to figure out if Equifax owes you money for data...