Radio personality Charlamagne tha God has canceled a TimesTalks event where he was set to appear with Kanye West. The New York Times, which sponsors TimesTalks, confirmed that the talk, scheduled for Wednesday night in New York, was canceled. The event was supposed to focus on mental health in the black community, but on Monday, Charlamagne announced on Instagram that he was canceling it, saying it would have been "a total distraction from the point" of destigmatizing mental health issues.

"Normalizing being mentally healthy is a conversation that I really wanted to have with Kanye because he's been so vocal about his own mental health struggles," he wrote. "Unfortunately I think to have that conversation with him right now would not be productive and a total distraction from the point of the convo which is to eradicate the stigma of mental health especially in the black community."

Just last week, West grabbed headlines for a show-stealing monologue at the White House that left President Trump nearly speechless. During his visit, West, who has previously said he was diagnosed with bipolar disorder, refuted the diagnosis and claimed to have learned that he was simply sleep deprived.

"I wasn't actually bipolar. I had sleep deprivation which can cause dementia 10 to 20 years from now when I wouldn't even remember my son's name," he said.

In April, Charlamagne interviewed West for nearly two hours and released a video of the discussion. During the talk, West discussed his mental breakdown in 2016 that led to his hospitalization. "I think I'm in a stronger place than I ever was after the breakdown or, as I like to say, the breakthrough," he said.

On Saturday, West tweeted a video about "mind control" and said, "You know, when people try to influence you through social media and try to tell you what to do or if you post something that's positive on Instagram and it gets taken down if it's not part of a bigger agenda, you know, that's like mind control. That's the echo chamber. That's trying to control you based off of incentivizing you and based off of you getting enough likes, and that's the poison that's happening with social media." 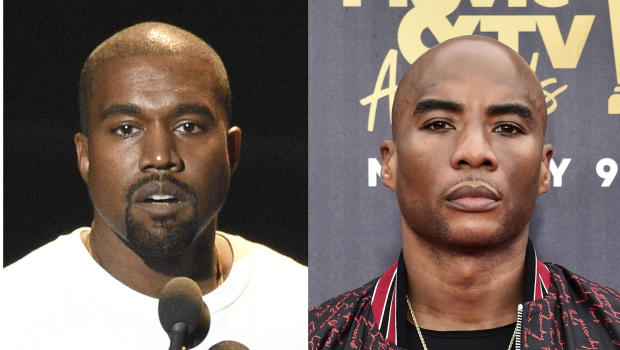 How Trump and Biden are fighting for three key battleground states