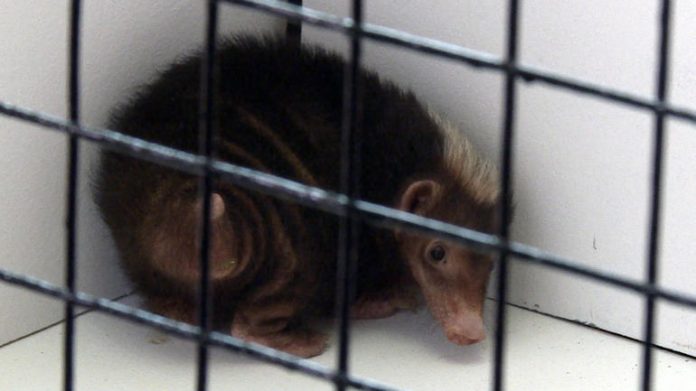 Joel Sartore, an acclaimed "National Geographic" photographer, is a man on a mission. He's trying to photograph every species, every animal, bird, fish, reptile and insect, in captivity. Sartore sides with scientists who estimate half the species alive today could be extinct by the end of this century. So he travels to zoos around the world to take pictures of what we're losing and to ignite conservation efforts to prevent extinctions. He calls his project: The Photo Ark.

"Emotion. That's what you look for in any in any great photograph."

On this ark, the animals go in one by one

To catch Joel Sartore in action, we flew halfway around the world to the Philippines, home to hundreds of unique species.

Bill Whitaker: Flew 20 hours to get here. And you came all this way to take a picture of a Palawan Stink Badger?

He's part-badger, part-skunk and he fired a reeking rocket after he entered the photo cage.

It smelled so terrible that the next animal to leave the red carpet and head into the photo cage, a rare Palawan Binturong, took one whiff, smelled stink badger stink and backed out.

Sartore said he should have photographed the stink badger last, but the little stinker is a pungent prize.

Joel Sartore: There's nobody else coming along to photograph a stink badger. I'm the only one. And that's the case for 90 percent of the species I photograph, maybe 95 percent. These are things that nobody will ever know existed if it weren't for the Photo Ark. If they could see how beautiful this thing is they would care.

Joel cares so much he spends half the year traveling the world. We saw him work 12-hour days in stifling, humid, hundred degree heat.

It was tough for us just watching him build pop-up studios, switching between backdrops of black and white.

Bill Whitaker: Why did you decide to use either black or white backgrounds?

Joel Sartore: There are no distractions in these pictures. It's just the animal and you. And that animal's often looking you in the eye.

That's when it all works. Here's what happened years ago when Joel tried to photograph a chimp. He spent more than an hour taping up the white background.

More than an hour, for this.

Animals can be frustrating and dangerous, like this fierce Luzon Warty Pig, found only on a few Philippine islands. Handlers had herded him into a makeshift photo pen. Joel got as close as he dared, lying in a trough usually used for pig waste.

Bill Whitaker: The tusks are sharp. The hooves are sharp–

Joel Sartore: Yeah. I, I you know what? I'm concentrating. I got a lot to do.

Beyond the tusks and hooves, this pig packs a mean temper. You've heard the expression: when pigs fly? Watch…

Joel Sartore: Like a cow jumping over the moon, except it was a pig. I've never had that happen, ever. We got our picture. We don't ever need to photograph this species again.

But then, there was Trixie, perhaps the world's sweetest orangutan. We met her not far from the mean-spirited pig at the Avilon Zoo outside Manila.

The key question: would Trixie move in front of the white background?

Joel Sartore: Do You think she would want to stand over there? And get her picture.

Joel Sartore: Awesome, look at that.

Joel Sartore: If she lays down to look at you, you get down with her. You just lay down on the ground and eye level. She was completely calm.

Bill Whitaker: So what do you think she's thinking?

Joel Sartore: I think she was just thinking, you know, "Is there a banana in this somewhere for me? (laugh) A mango?"

Joel Sartore: I like the white one better I think. It's more direct. It's more like she's involved. She's a partner in the process.

Bill Whitaker: I put my hand out. I wasn't quite sure she was going to take it. But she did.

Bill Whitaker: And it was soft. Yeah, that was an amazing experience.

Joel Sartore: Emotion. That's what you look for in any in any great photograph.

Joel Sartore: A moment. We're looking for the eyes. Humans are we're primates, and we're really really responsive to eyes. We're all about eye contact.

Bill Whitaker: But you shoot 'em like they're models.

Joel Sartore: We do. Like they're going in for their high school senior portrait.

Sartore shoots birds in tents so they won't fly away. This White-Crowned Hornbill, posed like a preening pro. Completely different from Joel's first attempt to shoot this species, back in the states.

Joel Sartore: So this lady, her name's Jen. What she didn't tell me is that bird is such a badass he attacks her when he goes in to feed him.

That's why he wanted to shoot a calm hornbill in the Philippines.

Fortunately, he's not venomous, since he bit our cameraman Mark LaGanga.

Joel Sartore: I enjoy seeing a 60 Minutes cameraman get bit instead of me.

But the next snake was extremely venomous.

The Palawan Spitting Cobra can blind you if it spits in your eye and it can spit ten feet. That's why Joel wore goggles. But watch how close he gets to this cobra.

Bill Whitaker: I always thought when they had their hood out like that that meant danger.

Joel Sartore: Well he's reacting to us. We're like skyscrapers to this guy. So he's gonna stand up and look as big as he can.

In zoos Sartore can shoot more than 20 species in one day. In the wild it could take several days to get one good shot. Now, with natural habitats vanishing, some species can only be found in zoos.

Joel Sartore: A lot of 'em only exist in zoos. They have these captive breeding programs for some of the rarest animals in the world. So when people say well, they're down on zoos. Well they haven't seen a good zoo and they don't know the conservation effect of good zoos.

Joel Sartore: Yeah. That's me. That's on Alaska's north slope. I wanted to show the insect load up there. And also I hadn't made a good picture in three days. And so the editors here will say, "Joel, we can't publish your excuses."

Bill Whitaker: The mosquitoes though my god. That's incredible.

Joel Sartore: Yeah. My feet itched for a long time.

He came up with the Photo Ark idea after his wife developed breast cancer.

Joel Sartore: That's my son Cole, and my wife Kathy. She went on chemo for nine months. And I was grounded. I was home for a year. And so I was really worried she was not gonna make it. But we all made it through. She's fine today, it's been 13 years, which is great.

Joel Sartore: It really does make you appreciate how limited our time is.

Bill Whitaker: So the cancer changed all of your lives.

Joel Sartore: Yeah. And started the Photo Ark. It was a desperate, last-ditch effort to use my life for something that's worthwhile, something that could save nature.

Bill Whitaker: In the Bible, the ark saves all the creatures on Earth. Is that your goal?

Bill Whitaker: What makes you think you can save them with a photo?

Joel Sartore: We can reach more people now than ever. Because we can post to "National Geographic," Instagram and Facebook and reach over 100 million people, and do it again and again and again.

His latest pictures are published periodically and they've appeared on the Empire State Building, and the Vatican.

Joel Sartore: Yeah, the side of St Peter's Basilica. The Pope was sittin' there watchin' it, which was awesome.

We flew with Joel to the island of Negros. Here, vast forests were cut for timber, robbing wildlife of vital habitat.

Negros has its own type of critically endangered warty pig. This mother was saved from a hunter's snare. In the zoo, she's helping to save her species.

Joel Sartore: She's got her babies. And you see that bridle marking on her snout that's really definitive.

Joel, who spends so much time away from home, brought his daughter Ellen on this trip.

Bill Whitaker: So what do you think of what he's doing?

Ellen Sartore: I think it's extraordinary, what you're doing.

Ellen Sartore: I do.

Joel Sartore: I've never heard you say that. You do?

Bill Whitaker: But he is gone all the time?

Ellen Sartore: He hasn't been to the last seven of my birthdays just because my birthday is in migration season. So he's—

Bill Whitaker: So that's a birthday-buster.

The next day Sartore showed us a beetle he had spotted. A species he hadn't shot before.

Bill Whitaker: So there's nothing too small for you huh?

Joel Sartore: Nothing to small. If you can see it with your eyes. We'll photograph it.

Bill Whitaker: How big is this guy?

Joel Sartore: Oh, that guy is the size of a grain of rice.

Bill Whitaker: So every animal fills up your frame?

Joel Sartore: He's as big as a polar bear.

Bill Whitaker: Why do you do that?

Joel Sartore: Because it gives 'em all equal say, equal voice. The big, charismatic mammals get all the ink. They get all the press, the gorillas and the rhinos and the tigers. Nobody's thinkin' about these little guys. I am.

Sartore shot another little guy, believed to be the very last member of a now extinct species.

Bill Whitaker: What's that like, knowing that this animal will not exist anymore shortly after you take the picture?

Joel Sartore: Well does it make me sad? Sure. But does it inspire me to go out and keep workin' like I do? Absolutely.

Joel Sartore: We put this together in my office. This just shows you what rodents can look like and what parrots look like. Biodiversity in– in a glance. Just primates.

Bill Whitaker: So you've been doing this for how long now?

Bill Whitaker: How many species have you photographed?

Bill Whitaker: You're about halfway through. And you're how old now?

Joel Sartore: It is. But you know, at least my life'll be spent doing something that's hopefully mattered to the world. 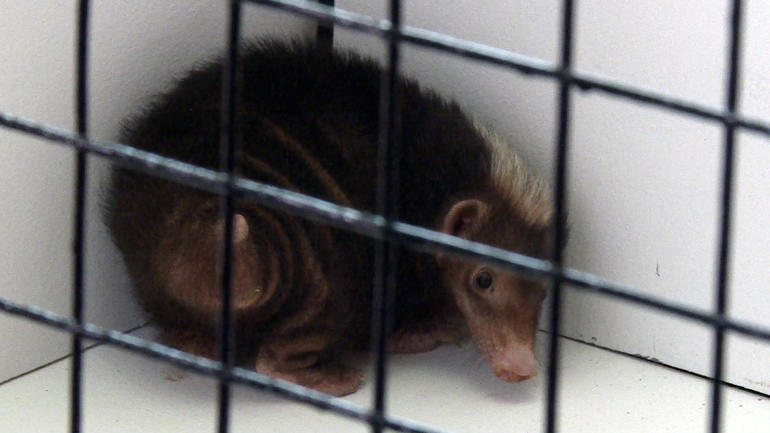 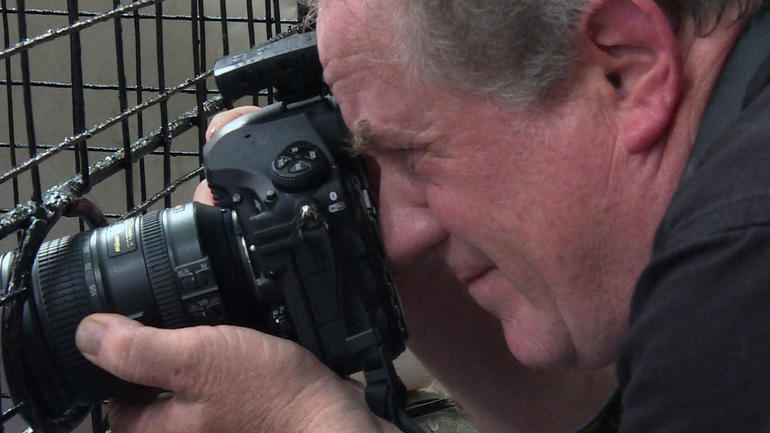 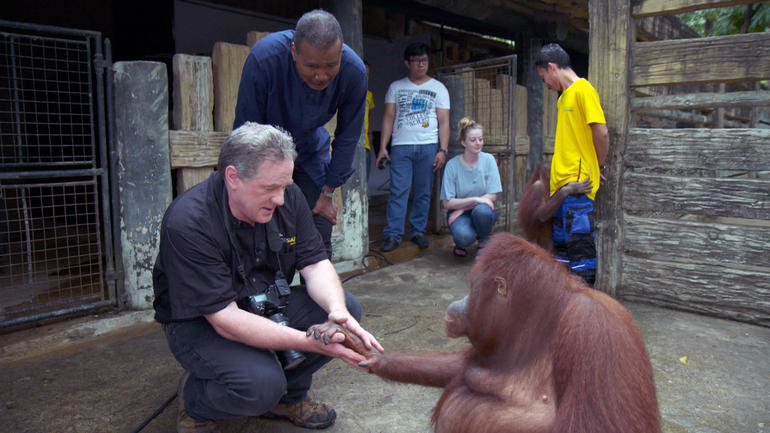 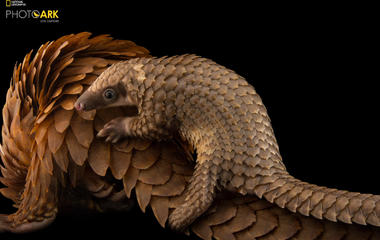 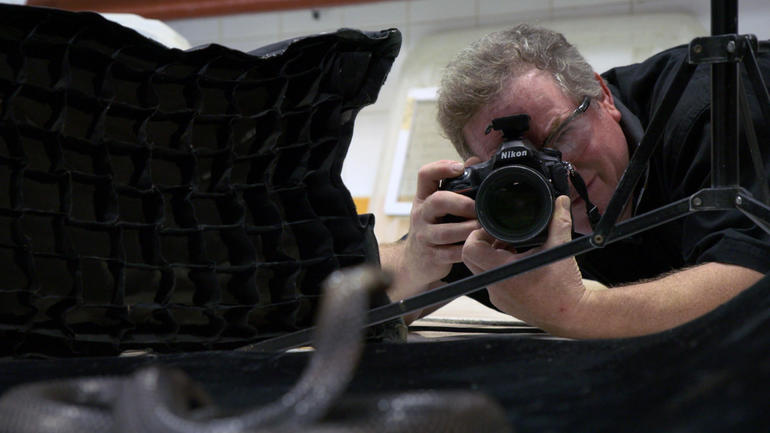 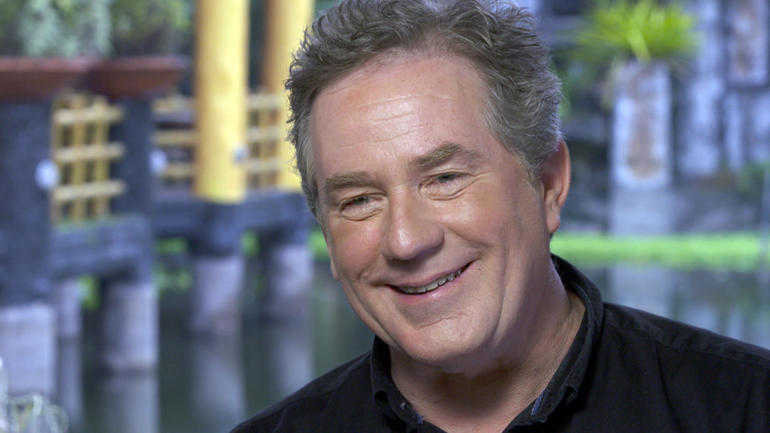