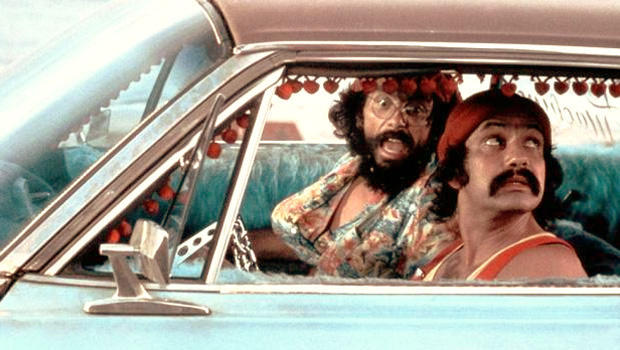 When "Up in Smoke" went up on the big screen 40 years ago, it turned out to be the perfect vehicle for the humor of Cheech Marin and Tommy Chong. And their vehicle of choice, as they searched L.A. for marijuana, was a low rider nicknamed The Love Machine.

John Blackstone asked the comic duo if they were ever under the influence while filming. "Oh, no, sir," they both replied.

"No, officer. Or whatever!" said Marin.

Chong added, "I use it for medical purposes only."

That "Up in Smoke" would be remembered four decades later seemed unlikely when it was released. It was a low-budget movie starring two guys who had never before been in a movie. They admitted that at the time they were just trying to figure out which end of the camera to use.

And they weren't the only beginners on the set; so was the director, Lou Adler: "We're set up and we're pretty much ready to go, and everybody is waiting. And the [first A.D.] leans over to me and he says, 'Say action.' I'd forgotten to say 'action'!"

Together, these first-time filmmakers were looking for laughs from a subject that until then had been depicted on screen as a menace.

The 1936 movie "Reefer Madness," which referred to marijuana as "the burning weed with its roots in hell," helped lead to the first federal laws criminalizing the drug. "Up in Smoke" was all about evading those laws.

That routine started on stage in Los Angeles music clubs in the early '70s. One night Lou Adler was in the crowd: "That's the first time I saw Tommy and Cheech. Basically I said to the guy that was with me at the time, 'I'd like to record these guys.' And he said, 'I think you're crazy. How are you gonna record 'em?'"

Adler was already a successful music producer with big hits and big stars.

Marin recalled, "So, went into his office the next day. He says, 'Well, what do you wanna do?' 'I don't know.' Looked around. There's gold records everywhere. 'Make a record?' 'What kind?' 'Gold!'"

With Adler they started thinking about making a movie. He told Blackstone, "We had various ideas. The first idea was Cheech and Chong hits, do the routines. And then it was Tommy, he wrote a song called 'Up in Smoke.' And we said, 'That's a title.'"

For the 40th anniversary, they added some updated lyrics, acknowledging that marijuana is now legal for recreational or medicinal use in more than half the states. "We're just coming out of Prohibition right now!" Marin said.

Blackstone asked, "Is 'Up in Smoke" as relevant as it was 40 years ago?"

"Probably more relevant," said Marin, "because all the kids that see it for the first time go, 'Oh, that's what's happening. When did they make this? This is happening today!' Sign of a classic!"

"But then, why not make it about something else other than marijuana, at a time when marijuana was frowned upon?"

"That was their material!" Adler said. "I was looking to make a film with these two comedians. And their routine was not baseball, it was marijuana." 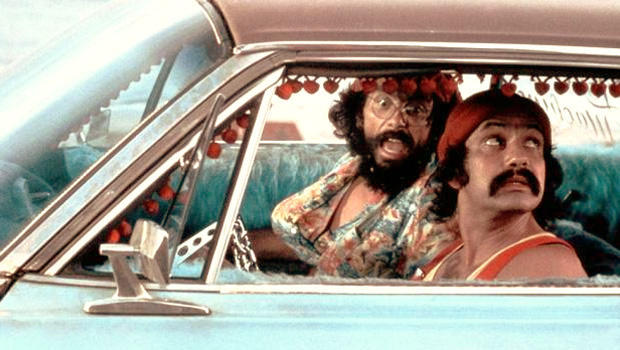 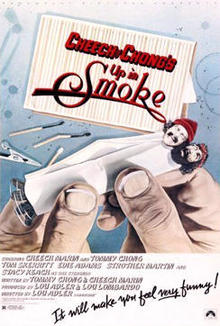 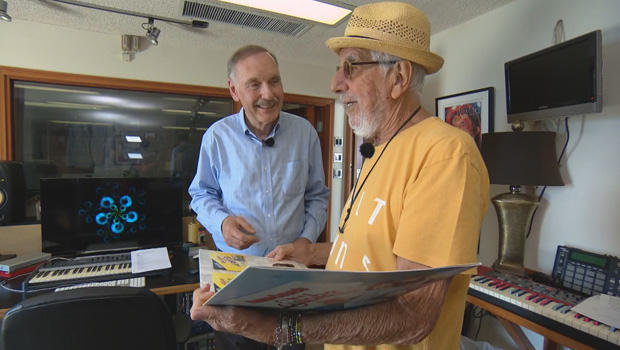 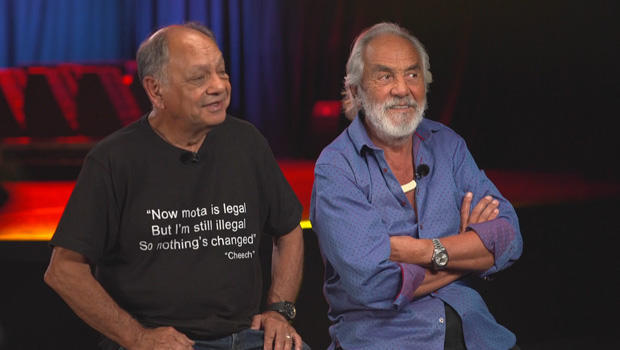