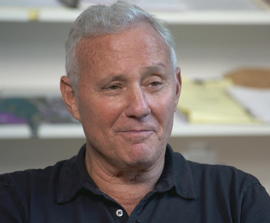 Studio 54 is the one nightclub from the '70s everyone remembers. For most of his life, though, co-founder Ian Schrager has wanted to forget it.

"I don't have only good memories. I have bittersweet memories. It was an embarrassment to me. It still is," Schrager told "CBS This Morning: Saturday" co-host Anthony Mason.

Studio 54 was the hottest party spot in the world, defining the disco era in all its ecstasy and excess. But eventually the club was raided and its owners went to jail. Schrager is now opening up about those years for a new documentary about the legendary night spot.

"Well, after 40 years … I wanted to really set the record straight for my kids. … I saw a quote. Berry Gordy said in the book, 'If the hunter doesn't tell the story, the lion will,'" Schrager said.

Schrager and his college buddy, Steve Rubell, were the hunters. In 1977, they converted a former CBS television studio, adding theatrical lighting and a dance floor.
"They opened the club in the middle of what was then the red light district. … People thought they were insane to do this," said Matt Tyrnauer, the film's producer and director. Tyrnauer said it became a hit "overnight."

It started at the door, where crowds were kept behind a velvet rope and doormen lifted it only for the famous, the outrageous, the beautiful and the unusual. Who they let in at the door was what created the magic and the freedom on the floor. Everyone wanted in.
"Those two things together were like lightning striking. And then it was a question for us to just hold onto the lightning bolt. Boy it was a lightning bolt," Schrager said.

Suddenly two college buddies from Syracuse University became the kings of New York.
"They went from being really almost nobodies to being the social arbiters of the world overnight," Tyrnauer said.

"It was a marriage. You know, I loved Steve. The first guy I talked to in the morning. The last guy I spoke to at night," Schrager said. "I'll never have another friend like that, never. … We went through this terrible debacle and stayed good friends. We went to jail together."

In December of 1978, dozens of agents descended on the club.
"You know that was probably the worst, one of the worst days of my life," Schrager said.

Agents uncovered the club's financial records, which included "payouts" for drugs and, as prosecutor Peter Sudler recalls in the film, one column that was labeled "skim."
"So that you had a daily record of everything that they took in and what they took out as skim and didn't report," Sudler said. It totalled some $2.5 million

"It was part of the ridiculous intoxication, I suppose, we were suffering from, like, what were we thinking?" Schrager said.

During their time in prison, reduced to 13 months, Schrager and Rubell sold Studio 54. But the business partners would later redeem themselves, launching a boutique hotel business before Rubell died of AIDS in 1989. Schrager, who has gone on to develop dozens of prestigious hotels, was pardoned early last year by President Obama.
"It brought absolute closure of everything. You know, I'll always have the wound. It never goes away. Its always there, but it brought closure to me," Schrager said. 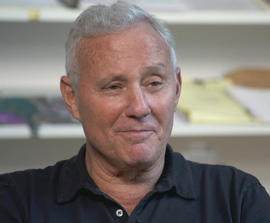