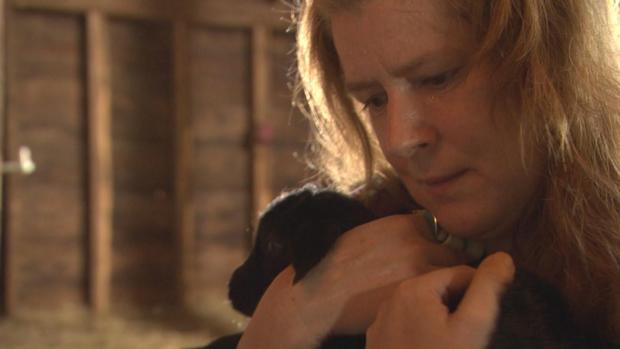 Five days a week, Heather Moir tends to alpacas, goats, rabbits and chickens. It may look like fun, but Moir goes to Cultivate Care Farms to do serious work. Since July, she has cared for rescue animals as part of her treatment for schizophrenia.

"I like animals better than people. …They're non-judgmental, they love you unconditionally," Moir said. "World wouldn't be the same without them, you know?"

She is one of about 100 clients at the Bolton, Massachusetts, farm, which offers treatment for all mental health diagnoses as well as autism disorders and addiction.

"We've worked with children as young as four and clients as old as in their 80s, and the entire gamut within that," said Cultivate Care Farms clinical director Deb Madera.

"Do we know why animals sort of knock down these walls and make therapy easier in that regard?" asked Dana Jacobson.

"There's the cuddle hormone, and when you spend up to 20 minutes with an animal with your hands on them … you can feel more relaxed and feel more comfortable," said Madera. "Your anxiety comes down and then it's a lot easier to deal with your issues and talk about things that might be uncomfortable if you're not feeling so anxious."

Working with animals while working on well-being is based on the green-care farm, popular across Europe. Andrew Lapin studied the model while getting his masters in mental health counseling.

"I thought this is wonderful. I'll go work someplace like that. … There must be several places doing it," Lapin said. "And it turns out there's not. It turns out if you have $20,000 a month with a six-month minimum commitment to live on a therapeutic farm, but that's so incredibly inaccessible for so many people."

There were, however, many hurdles when it came to getting it started.

"One was just kind of educating folks that said we're not just a petting zoo. This is a medical appointment. You're working with a licensed therapist or intern under supervision," said Lapin. "And two was in convincing the insurance companies the same, sharing with them that this is an effective means of treatment so that we can become as accessible as possible and not just a private pay clinic."

Not having to pay out-of-pocket is a bonus for Lisa Samaraweera. Her 10-year-old daughter Livi goes there once a week to ease her anxiety. Livi said traditional therapy made her more nervous than she already was. At Cultivate, Lisa said her daughter works "with the animals who have their own anxieties and fears and problems, and I think that helps tremendously."

Livi agreed, saying, "A lot of the animals here don't really like humans and they get really nervous. So I really want to try and … make them get more used to it by hanging out with them and giving them treats and stuff. They have a lot of the same thing that I get nervous about."

A 2007 study found animal-assisted therapy was moderately effective in improving "autism-spectrum symptoms, medical difficulties, behavioral problems and emotional well-being." Maybe that's why therapy animals have popped up everywhere, from Lilou the pig at San Francisco International Airport to llamas on the campus of UCSF Mission Bay. Another trend is goat yoga.

Nina Ekholm-Fry, is the Director of Equine Programs at the Institute of Human-Animal Connection at the University of Denver. She said health providers are catching on.

"The practitioner is starting to realize, 'Oh, I can do more effective work in this more natural environment.' The therapist still uses their typical clinical decision making there, the strategies that they've been trained in within their scope of practice, but simply enhance their work through the elements of the inclusion of the animal the additional relationships the opportunity for moving around for touching for problem solving and having real interactions but just not with a human which can feel quite intimidating," said Ekholm-Fry.

At Cultivate, that opportunity came with a major investment. Deb Madera and her husband emptied their 401(k) to buy the farm because they believed in it so much.

"It works in a way that nothing I've ever done in the mental health field has and I wanted to make sure that it continued to work for people and we could reach more and more people and help them get healthy," said Madera.

Heather Moir has found that caring for rescues has helped her care for herself. When asked what has been the biggest change since starting counseling at the farm, she said, "Me looking forward to something interesting every day, something good to wake up for." 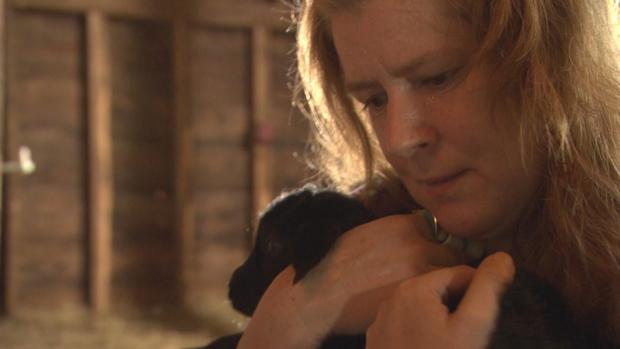 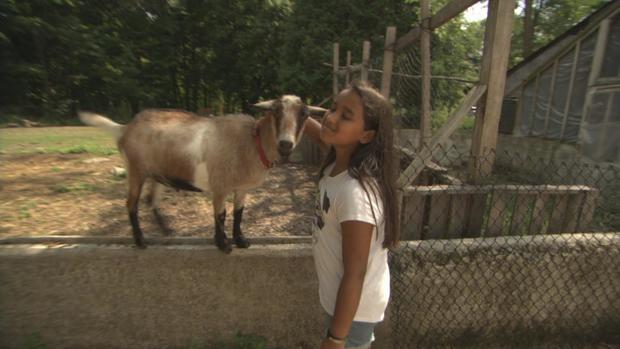 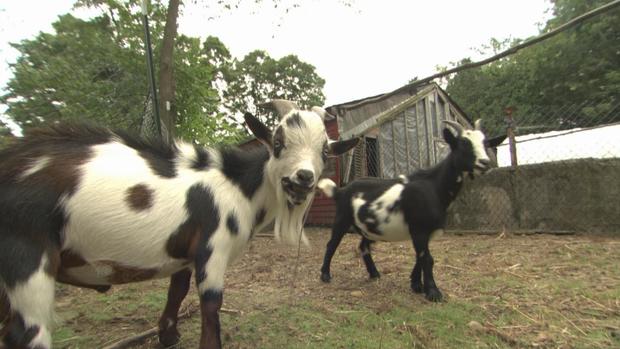