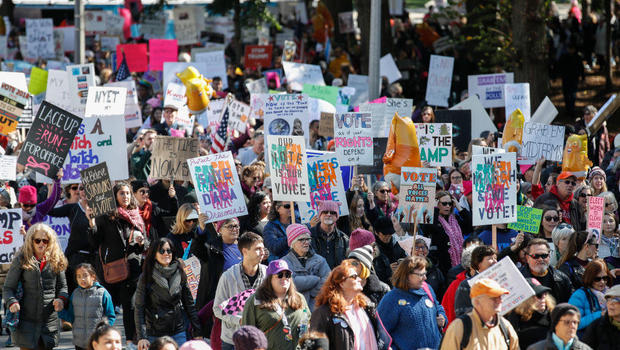 CHICAGO — Thousands of protesters marched through downtown Chicago to express displeasure at President Trump and encourage voters to go to the polls for next month's midterm election. The march took place Saturday after a rally in Grant Park organized by Women's March Chicago that the group dubbed "March to the Polls."

A sea of people took to the streets, chanting "Let's go vote!" as they walked from Grant Park to Federal Plaza. New voters will be casting ballots at a nearby early voting site. Chicago is a Democratic stronghold.

"The United States of America is our country, and to make this the country we want it to be, fair to all, just to all and inclusive to all, we're going to have to do this as individuals. So please march to the polls," Dr. Dilara Sayeed told CBS Chicago. 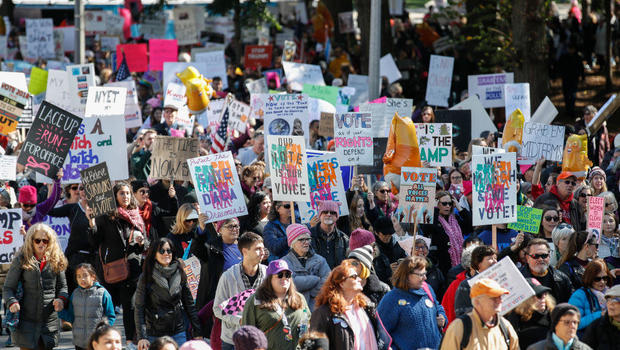 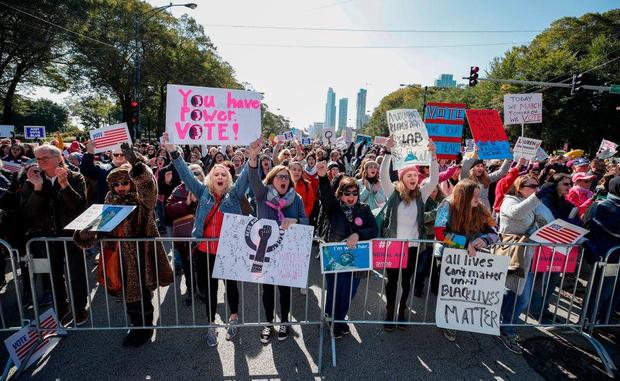 Another TV newscaster uses on-air MLK slur, says it was “not...