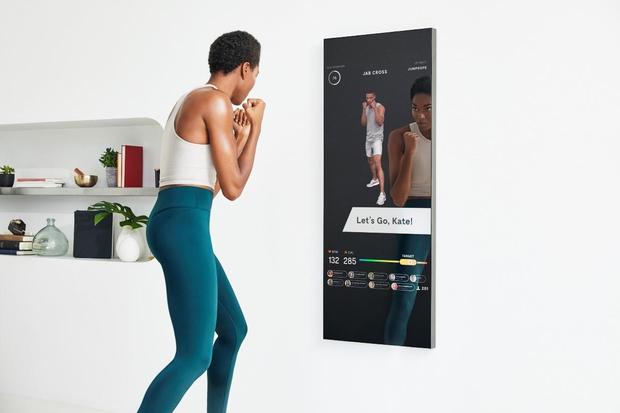 By Michelle Miller, Vidya Singh CBS News October 13, 2018, 11:42 AM It looks like a mirror. But a personal trainer stares back at you when you turn it on

Former ballerina and Harvard alumna Brynn Putnam believes our fascination with our image is fueling the next big trend in fitness.

She calls her invention MIRROR. When it's off, that's all that it is. But turn it on and your very own personal trainer is staring back at you — with instructive workouts live or on demand.

MIRROR's Vice President of Fitness is Kailee Combs. "Is it the same rush you get when you're actually in a gym live?" CBS News' Michelle Miller asked. "It's almost like even more of a rush. Eventually we're going to have thousands of people that pop up on that screen," said Combs.

"Just, like, the idea that we can reach so many people with this MIRROR makes it really exciting," Combs said.

The device was test marketed in 100 homes, connecting phones to an app that learns the goals, injuries and preferences of users. Classes range from cardio and strength to yoga.

Biologist Joey Pakes-Nelson is using MIRROR to train for her first marathon. "I don't think that without those cross training workouts, the Pilates, the barre, the strength, I would be able to run the distances that I can run today. I think I just would have injured myself earlier on in my training," said Pakes-Nelson. "So I'm much more fit now than when I started using the MIRROR."

Putnam herself spent years as a professional dancer transitioning into full-time fitness as the owner of a small studio inside a church.

"The catch was that every Saturday we had to give the space back to the church for Sunday services and then reset the space on Sunday," said Putnam. "It meant we had to actually figure out how to design and build original fitness equipment that would be wall mounted."

The Refine Method Studio expanded to three New York City locations, but with a newborn, Putnam found it difficult to get to her own studios.

"I started to think about how I could take the studio experience that we built at Refine and bring it to people in home, largely because it was something I needed myself. But I didn't want to put a big piece of cardio equipment or a bike or treadmill into my home," said Putnam.

However, connected home fitness equipment is all the rage, with Peloton leading the pack.

The company has sold hundreds of thousands of bikes, raising nearly a billion dollars from investors since 2012. Peloton hopes to continue the streak with a $4,000 treadmill. Other products are also emerging, like the $3,000 digital strength training system, Tonal.

MIRROR sells for $1,495 with a $39 monthly membership that provides unlimited classes, which are all filmed at MIRROR's New York City office.

"A lot of consumers might look at that big ticket of $1500 and run away a little bit right now," said CNET executive editor Sharon Profis. "But that cost will come down and when it does we expect at home workouts to be an even bigger trend."

Profis said brick-and-mortar gyms might just try to get in on the action. "You can imagine a traditional gym or boutique gym also offering at-home workout options. … This would actually bridge the gap between gyms and the home, which is what consumers are looking for and is exactly why they're reaching for these products."

Investors have bought in to MIRROR, seeding the start-up with $38 million. Brynn Putnam says what helps MIRROR further stand apart is the upcoming option to activate a camera and microphone for true one-on-one training.

When asked how she can make the product hack-proof, Putnam said MIRROR comes with a physical lens cap, and "you need to have your phone with your password in front of your MIRROR and then there is a pin pairing process so we can ensure you're the one using your device."

Putnam doesn't expect customers to cancel their gym memberships, just up their game as they zero in on their reflection.

"Is it vanity?" asked Michelle Miller. "I think it's confidence," said Putnam. "Vanity has a negative connotation. But we spend so much time looking in the mirror criticizing ourselves or poking at ourselves. This is an opportunity to look in the mirror and give yourself a high five." 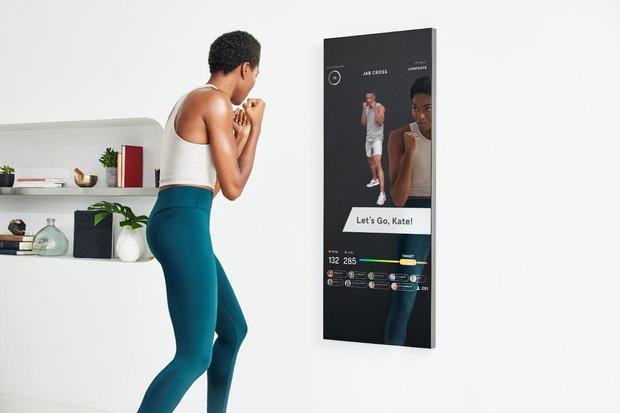 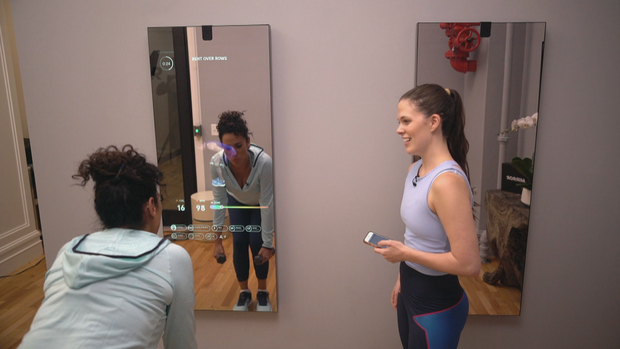 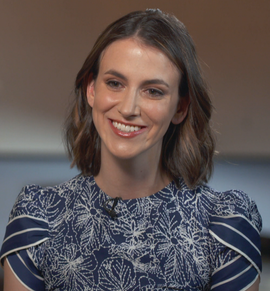