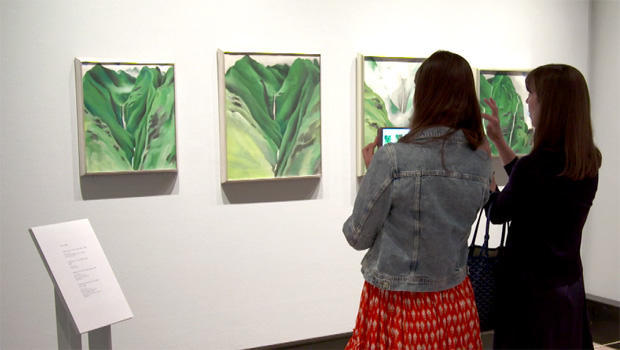 You know a Georgia O'Keeffe painting when you see one – those oversized flowers and stark images of New Mexico. But an exhibit at the New York Botanical Garden showcases one of her lesser-known subjects. "Georgia O'Keeffe: Visions of Hawaii" includes 20 works, and a curated flower show.

"This is Georgia O'Keeffe, but sort of turned up a notch," said Joanna Groarke, one of the curators of the exhibit. "We see these incredibly bright tropical colors that of course are inherent to the subject, but also feel different."

It's a chapter that began in 1939, when the Hawaiian Pineapple Company (that we now know as Dole) commissioned O'Keeffe to paint advertisements. "The arrangement was that she had free reign to travel wherever she wanted in the islands," Groarke said.

At the time, O'Keeffe was 51, and already one of the country's most famous living artists. Groarke said, "She certainly didn't need for financial reasons to accept a commission. She was very successful. So, I think for her this was an opportunity to explore a new place. I mean, who wouldn't take a free work trip to Hawaii?"

O'Keeffe stayed for nine weeks. According to Groarke, "It was something that was a little bit of a puzzle to her, trying to understand how to convey what she was seeing. The bright, incredibly saturated greens, the incredibly vibrant colors of the plants, and the forms of these flowers – it was a challenge that she embraced."

O'Keeffe returned home with plenty of inspiration, but without a painting of a pineapple.

She submitted two works to complete her commission: a painting of a Heliconia (a flowering plant), and one of a papaya tree. Perhaps unsurprisingly, the executives at the Hawaiian Pineapple Company went back to her and said, "We'd really like a painting of a pineapple," rather than of a competing fruit. "The story is that they actually boxed up a plant and sent it to her to serve as inspiration," Groarke said.

Georgia O'Keeffe would return to Hawaii, but even while away the islands were never far from her memory. "Hawaii seems to have really stuck with O'Keeffe," Groarke said. "She spoke of it and wrote of it as a place that really inspired her, and she was attempting to capture her vision of Hawaii and what she was seeing."

Visitors to the New York Botanical Garden now have the chance to see Hawaii through O'Keeffe's eyes. 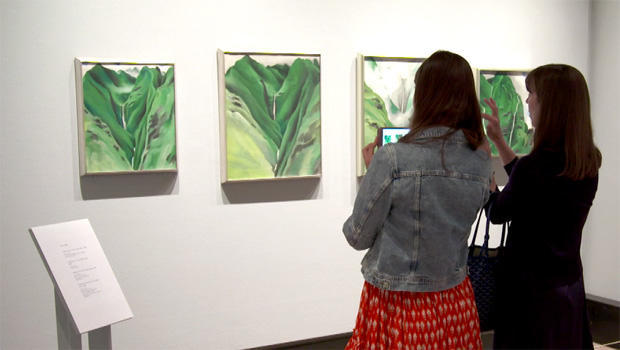 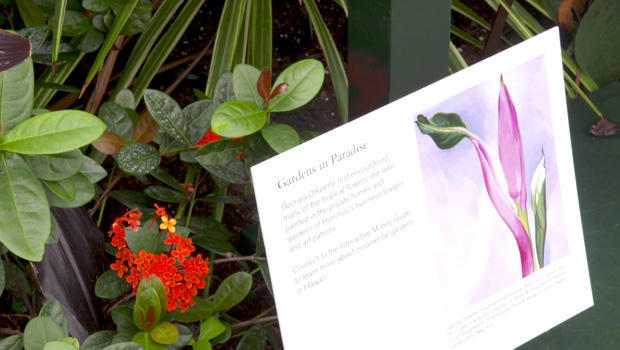