Would-be Tesla owners have until Monday to place their orders for an electric car that comes with the full $7,500 federal tax credit for new electric-powered vehicles.

According to IRS rules, buyers get the full tax credit through the fiscal quarter in which a car manufacturer delivers its 200,000th electric vehicle. Tesla in July said it had delivered 200,000 electric cars in the U.S., which means the tax credit will begin to shrink for Tesla buyers after Oct. 15.

Meantime, Tesla competitors with smaller fleets can continue rolling out electric cars with a full tax credit in force.

Tax legislation passed by Congress late last year includes incentives in the form of tax credits that reduce the cost of electric vehicles. Available for the first 200,000 electric vehicles sold by a manufacturer, the tax credit is then cut by 50 percent every six months until it is phased out.

There's a chance none of the IRS regulations ultimately matter, as a senator has introduced legislation that would end the electric-car tax credits altogether. The bill recently proposed by Wyoming Republican John Barrasso would not only end the credit, but would impose an additional federal tax on electric cars.

Still, as things stand, orders placed by Oct. 15, 2018, will be delivered by the end of the year and be eligible for the full $7,500 federal tax credit, Tesla said.

With Tesla facing an end-of-the-year deadline to hand out full tax credits, the company, with its overwhelmed production process, could be asking for trouble should a flood of orders come in by Monday. Indeed, many consumers have been waiting on Tesla Model 3 deliveries since early 2016. 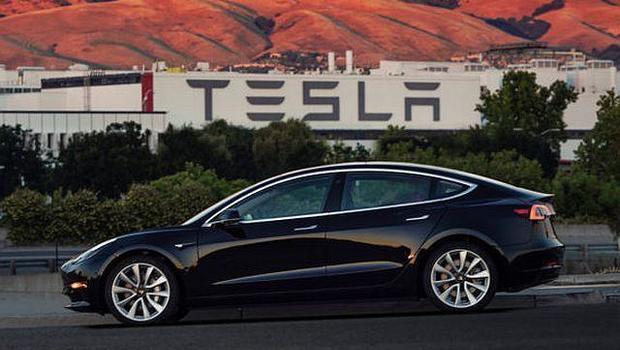