NEW YORK – The last time the stock market was falling this much, this fast, earnings season helped come to the rescue.

Stocks swooned in March. Then a parade of companies lined up to report profits that were even fatter than Wall Street had forecast, which helped turn momentum and get stocks back on the upswing.

On the eve of another earnings season, which ramps up Friday with reports from four of the country's biggest banks, investors hope it can happen again. Stocks are tumbling for similar reasons as in March, led by concerns that rising interest rates will derail markets and trade tensions will hurt the global economy.

And expectations are high once again for blowout quarterly profits. Analysts are looking for growth of roughly 20 percent or more from S&P 500 companies for the third straight quarter. The problem is that several warning signs indicate this reporting season may not be as muscular.

For one thing, the corporations themselves "are doing everything they possibly can to lower expectations," said Barry James, president and portfolio manager at James Advantage Funds.

"There's a lot riding on" this earnings season, he said.

As of late last week, 74 companies in the S&P 500 had warned that their third-quarter results would likely be weaker than what analysts were forecasting. Companies often give a head's up to analysts before reporting their results, and it's also common for more companies to say they'll fall short of expectations than surpass them.

But it has been happening more often than usual, at 75 percent of the total number of companies giving estimates. That's higher than the average of 71 percent over the last five years, according to FactSet.

And those numbers don't include warnings from PPG, Fastenal and other companies this past week that raised worries about inflation, the global trade war and other risks. Here are some of the warnings flags:

The price of crude oil touched a four-year high last week, which is pushing up expenses for all kinds of companies. PPG, a maker of paints and coatings, said Monday that higher prices for oil and other raw materials would dent not only its third-quarter profit but also its fourth-quarter results.

Wages for workers have also been slowly rising, which could add more pressure. Add it up, and the cost pressures could pull down profit margins, which have been high relative to history as companies have squeezed more profit out of each $1 of their revenue.

Trade war is starting to bite

Fastenal, which distributes industrial and construction supplies, reported on Wednesday not only profit but also revenue that beat analysts' expectations. Yet its stock plunged 7.1 percent.

Fears about the global trade war and its effect on future profits helped drive the move. Fastenal's CEO spent much of a conference call with analysts following the report's release talking about the effects of tariffs, and he said his customers have begun seeing the impacts "starting a number of weeks ago."

Investors left the call speculating how deeply that would cut into Fastenal's profit margin, which was weaker last quarter than some analysts expected.

The dollar is rising

Big companies often are global companies, selling their products and services around the world.

But the recent rise in the dollar's value means that each euro or Japanese yen of sales made abroad is worth fewer dollars than year ago.

PepsiCo last week reported stronger earnings than expected for the third quarter, but it lowered its full-year earnings forecast due to the stronger dollar. 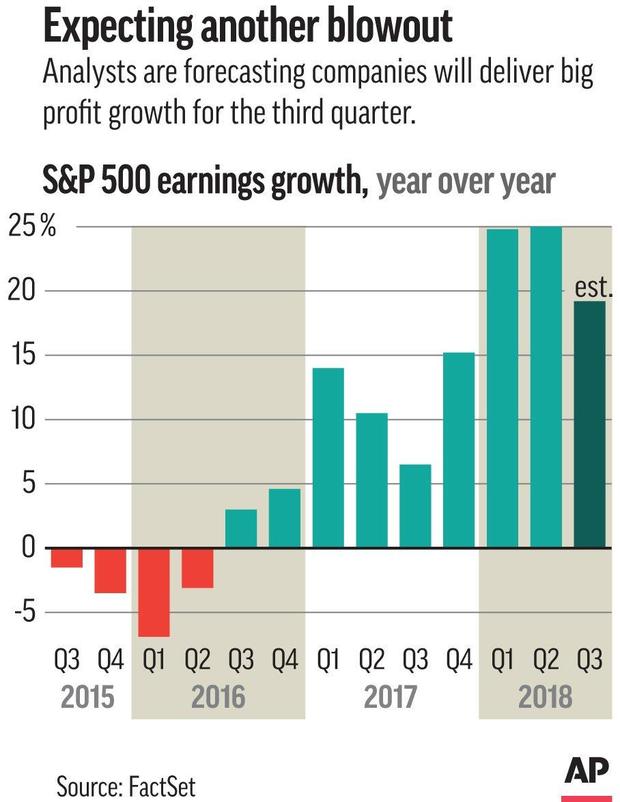 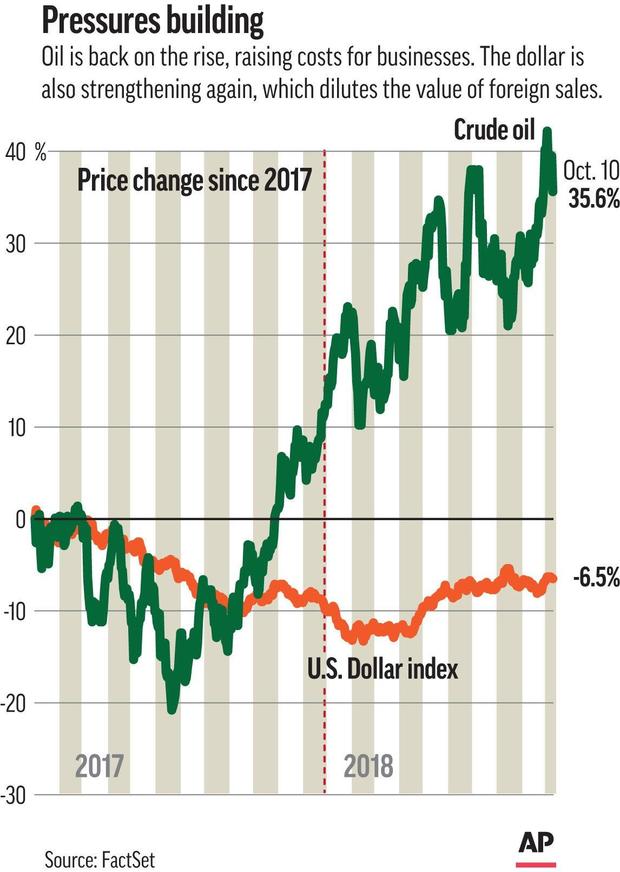 Fed set to hold rates steady, despite Trump’s demand for a...