LOS ANGELES — Lindsey Buckingham is suing Fleetwood Mac for kicking him off the band's new tour. In the suit, the Hollywood Reporter reports the guitarist and songwriter is seeking his share of the tour because he says he still wants and is able to perform.

Buckingham claims he was told five days after the group appeared at Radio City Music Hall in January that the band would tour without him. He says he would have been paid at least $12 million for his share of the tour proceeds.

The band's publicist has not responded to an email seeking comment.

In April, Mick Fleetwood told CBS News' Anthony Mason that the decision was made after the band's last performance in late January when they were honored at the MusiCares benefit on Grammy weekend. All five members of the classic lineup appeared together. But tensions were building, Fleetwood said, because Buckingham would not sign off on a new tour they'd been planning for a year and a half.

"It became just a huge impasse and hit a brick wall, where we decided that we had to part company," Fleetwood said.

"Well, we don't use that word because I think it's ugly. And it's not a question that Lindsey has huge amounts of respect and kudos to what he's done within the ranks of Fleetwood Mac and always will," Fleetwood said. "But it's like a marriage that came to an end and there are reasons why. … But as a band we needed to move on and we have and that's –"

"Because people who saw you in New York would've thought everything was OK. But it wasn't?" Mason asked. 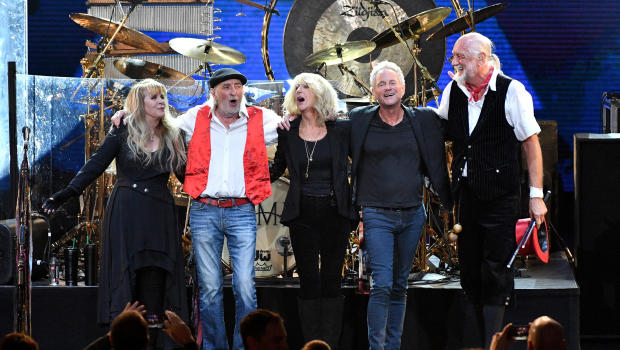 Cardi B and Nicki Minaj involved in altercation at fashion party