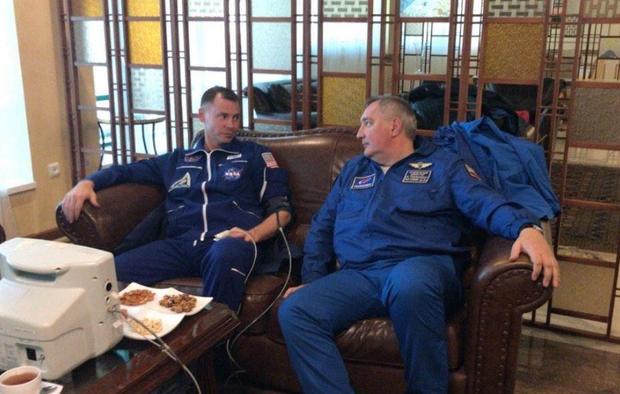 AP October 12, 2018, 8:36 AM Day after Soyuz rocket failure, Russia says it will try again for ISS mission in the spring

MOSCOW — A U.S. astronaut and his Russian crewmate arrived Friday at the Russian space center for medical checks following a failed launch that led to an emergency landing in the steppes of Kazakhstan. NASA's Nick Hague and Roscosmos' Alexei Ovchinin blasted off to the International Space Station from the Russia-leased Baikonur cosmodrome in Kazakhstan on Thursday, but their Soyuz rocket failed two minutes after the launch, triggering an emergency that sent their capsule into a steep, harrowing fall back to Earth.

U.S. and Russian space officials said the astronauts were in good condition after enduring gravitational force that was six-to-seven times more than is felt on Earth.

Roscosmos chief Dmitry Rogozin promised that Hague and Ovchinin will be given a chance soon to perform a stint on the orbiting outpost.

"The boys will certainly fly their mission," Rogozin tweeted, posting a picture in which he sits with the two astronauts aboard a Moscow-bound plane. "We plan that they will fly in the spring."

"They are in good health and don't need any medical assistance," said Vyacheslav Rogozhnikov, chief of the Russian Federal Medical and Biological Agency.

The aborted mission dealt another blow to the troubled Russian space program that currently serves as the only way to deliver astronauts to the orbiting outpost.

Sergei Krikalyov, the head of Roscosmos' manned programs, said the launch went awry after one of the rocket's four boosters failed to jettison about two minutes into the flight, damaging the main stage and triggering the emergency landing.

He said a panel of experts is looking into the specific reason that prevented the booster's separation.

"We will need to look and analyze the specific cause – whether it was a cable, a pyro or a nut," he said. "We need more data."

Krikalyov said all Soyuz launches have been suspended pending the investigation. Preliminary findings are expected later this month.

There was no immediate word on whether the current space station crew of an American, a Russian and a German might need to extend its own six-month mission.

A Soyuz capsule attached to the station which they use to ride back to Earth is designed for a 200-day mission, meaning that their stay in orbit could only be extended briefly.

"We don't have an opportunity to extend it for a long time," Krikalyov said.

NASA said flight controllers could operate the space station without anyone on board if the Russian rockets remain grounded.

Krikalyov emphasized that Roscosmos will do its best not to leave the orbiting outpost unoccupied.

"The station could fly in an unmanned mode, but will do all we can to avoid it," he said. "The conservation of the station is possible, but it's undesirable."

While the Russian program has been dogged by a string of problems with unmanned launches in recent years, Thursday's incident was the first manned failure since September 1983, when a Soyuz exploded on the launch pad.

Roscosmos pledged to fully share all relevant information with NASA, which pays up to $82 million per Soyuz seat to the space station. 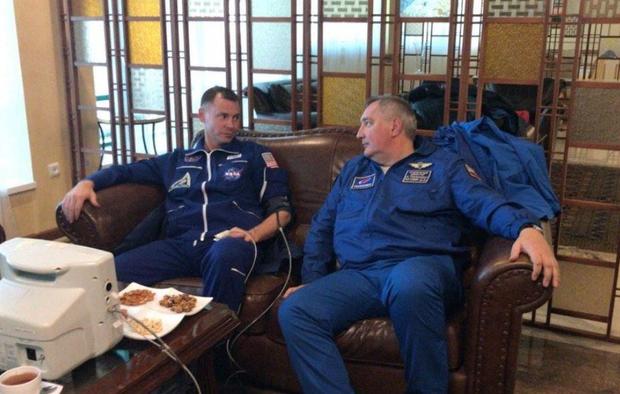 Man misses doomed flight due to traffic as colleagues are killed