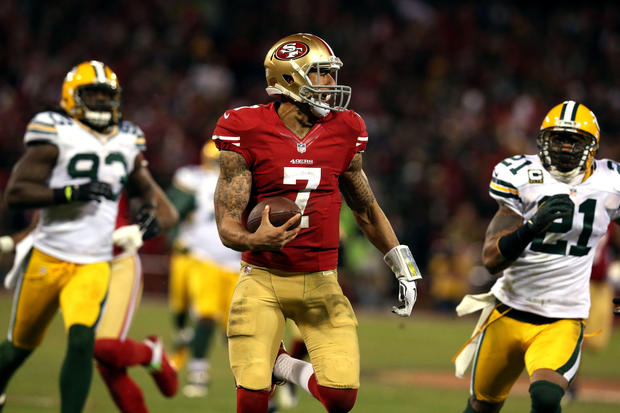 SANTA CLARA, Calif. — The San Francisco 49ers are apologizing for initially leaving Colin Kaepernick out of a photo gallery celebrating the team's history against the Green Bay Packers. The team posted dozens of photos on its website of past games against the Packers before the teams meet again Monday night without initially including any of Kaepernick.

"Unfortunately there were a handful of obvious misses in this gallery" and "we appreciate them being brought to our attention," the 49ers said in a statement.

"The 49ers organization has tremendous respect and gratitude for the contributions Colin made to our team over the years," the team said.

"We have fond memories of those games and that should have been displayed on our website," the team said.

The 49ers supported Kaepernick in 2016 when he decided to kneel during the national anthem to protest social and racial injustice and matched his $1 million contribution toward programs for social equality.

In 2017, Kaepernick opted out of his contract with the 49ers when it appeared the team would cut him during the offseason. He still remains unsigned and has since filed a grievance against NFL team owners for allegedly colluding to keep him out of the league. 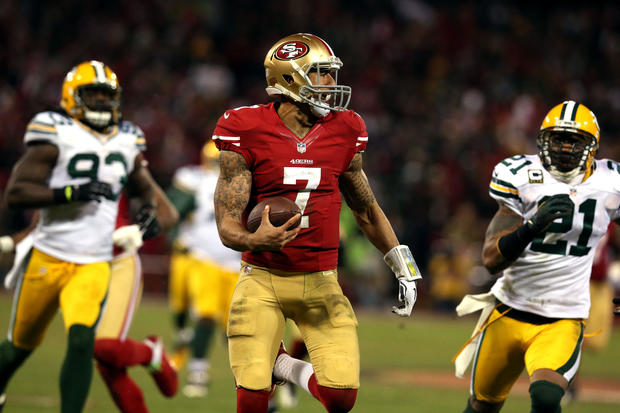 Breaking down the legal investigations into former President Trump

Half of all Texas schools have no mental health services

Part of a foot, in a shoe, spotted in Yellowstone hot...