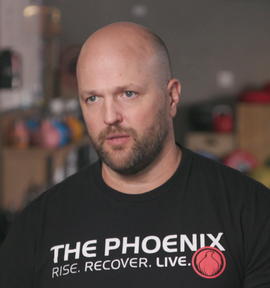 In our series, A More Perfect Union, we aim to show that what unites us as Americans is far greater than what divides us. In this installment, "CBS This Morning: Saturday" co-host Dana Jacobson shows us how one man's success in overcoming addiction led him to help others battling the same demons.

The Phoenix is the brainchild of Scott Strode. It's a gym, but more importantly, it's a support system for recovering addicts. There are no initiation fees to join, no monthly dues. The only requirements are 48 hours of sobriety, and a will to get your life back.

Dresden has been sober for almost a year – thanks in part to the support she got at The Phoenix.

"At first I didn't think I fit in, but all of my coaches, everybody here welcomed me with open arms," Dresden said. "They listened to my story. They were here when I needed a hug. You know, they encouraged me all they way through my sobriety."

Airo says his fellow gym members are helping him through his newfound sobriety.

"Six weeks so far, yes, and counting," Airo said. He says he knows exactly where he'd be if he hadn't found The Phoenix: "Right on the street with the same people, with the same misery."

That's exactly what Strode, a former addict himself, hoped for when he founded The Phoenix. He says he's been sober for a little more than 21 years. Strode discovered fitness was key to achieving and then maintaining his sobriety.

"Getting in the gym just kind of gave me this new group of people who supported me. There were some other sober guys in there who boxed, and getting in the ring for the first time started to transform my self-esteem and self-confidence," Strode said. "I didn't know it at the time. I just started feeling better about myself for the first time ever."

He says the activities were positive coping mechanisms, but the real "magic" was in the community. So much so, it was the foundation of the first Phoenix gym 12 years ago in Denver.

"The hardest part about coming to Phoenix is opening the front door. But we've removed all those other barriers to access. Because it's free it doesn't matter what insurance you have or how much money is in the bank account or what your addiction story is," Strode said.

With gyms in 14 cities across 10 states, Strode estimates the non-profit has helped over 26,000 people with recovery.
"When you look at the addiction crisis sort of facing the country now… there's very few messages of hope out there. And Phoenix is trying to be that flag of hope," Strode said.

Dana Smith found The Phoenix while she was in prison, convicted of a fatal DUI. She committed herself to a new lifestyle. That's when she saw Scott Strode on TV.

"It was like every time that I had attempted sobriety in the past… there was something missing. Phoenix felt like it embodied what I needed… it was one of those moments for me where I knew I had to be a part of it," she said.

Four years later, after completing her sentence and probation in Illinois, Dana followed her instinct, moving to Denver to join The Phoenix.

"I'll never forget my first day working out here… I was in tears. The instructors were in tears. We had to tell people that we don't usually cry during our workouts," Smith said.

The Phoenix community provided support and a career for Dana, who's currently a director with the program. A new mom, she's been sober for more than nine years and now she's trying to inspire others.

Asked how she lives with the reality that she took a life, Dana replied, "That's another reason it was so important for me to come to Phoenix. I knew that I needed to be in a place where I felt comfortable talking about it. And I felt open and able to share…. I can help others… and I have to listen the way that people listened for me and the way that people helped me to heal."

"For me, getting out of my addiction was like getting out of a burning building. And I just don't feel like I can walk away if I know people are still in there," he said.

Funding for The Phoenix comes from a combination of donations and grants. 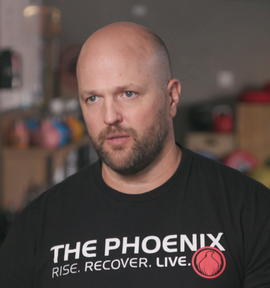 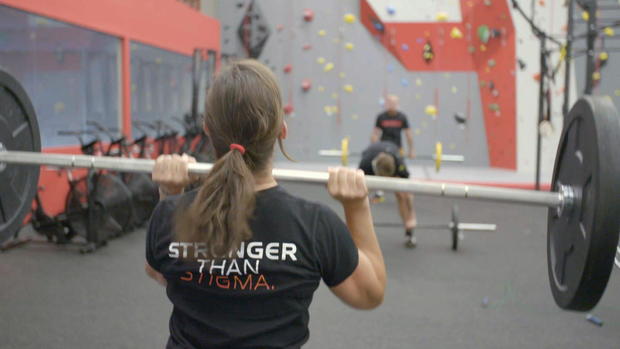