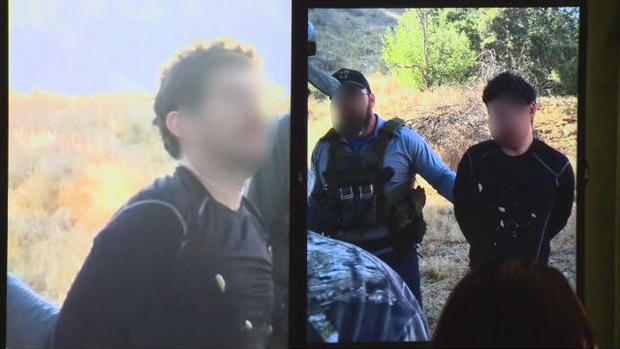 CBS/AP October 11, 2018, 6:59 AM Gunman arrested near Malibu park where camper was killed while with daughters

CALABASAS, Calif. — A man dressed in black and carrying a rifle was arrested Wednesday near Malibu Creek State Park, where a camper was shot and killed as he slept in a tent in June, authorities said. A vast search involving Los Angeles County sheriff's deputies, a helicopter, search-and-rescue teams and detectives led to the arrest of Anthony Rauda, 42, Sheriff Jim McDonnell said at an evening news conference.

The search was prompted by a series of at least eight burglaries over the past two years in the Calabasas-Malibu area in which food was stolen from local buildings. But for now, Rauda, who has a long criminal history, was only being held for a parole violation, the sheriff said.

Investigators had not ruled out a link to the shooting at the wilderness park, and the rifle will undergo ballistic testing to determine if it was used in any crimes, the sheriff said.

Only hours after his arrest, Rauda was being held without bail. It was unclear whether he had an attorney.

Authorities had been looking for someone who broke into several offices and other buildings in the Malibu Canyon area and stolen food as far back as October 2016, including a string of burglaries in the past three months, McDonnell said. The investigation intensified after an Oct. 4 theft in which surveillance video recorded the suspected burglar wearing a mask and armed with a rifle.

On Tuesday, someone used a rock to smash the glass front door of the Agoura Hills-Calabasas Community Center and stole food from a vending machine.

On Wednesday, dozens of deputies began searching the canyon area and after several hours saw fresh boot prints leading to a steep ravine about a mile north of a road, McDonnell said.

A short time later, searchers heard movement in the brush and saw a man walking quickly. They stopped the man, who was dressed in black and had a rifle, and he surrendered, McDonnell said.

"I don't know if he was living the brush or if there was housing out there," the sheriff said.

CBS Los Angeles' Stu Mundel reported from the station's news helicopter overhead that there were many deputies — some undercover — and investigators on scene. He said they were seen "with boxes and bags of evidence" hiking down from an area way above the Malibu Creek State Park.

Rauda has a criminal history for burglary and weapons violations, he said.

Rauda potentially could face murder charges if the investigation links him to the death of Tristan Beaudette, 35, of Irvine. Beaudette was shot in the head as he camped with his two daughters, ages 2 and 4, in Malibu Creek State Park on June 22.

The park was closed after the killing.

The Los Angeles County Sheriff's Department later said there had been seven other shootings in and around the park dating back to 2016.

James Rogers, a wildlife biologist, has told the Los Angeles Times that he was shot in November 2016 while sleeping in a hammock south of the park and needed surgery to remove shotgun pellets from his arm.

Malibu Creek State Park sprawls over more than 12 square miles in the rugged Santa Monica Mountains west of Los Angeles. It offers camping, hiking, biking, rock climbing as well as a look at locations used in filming Hollywood movies and TV shows, such as "MASH." 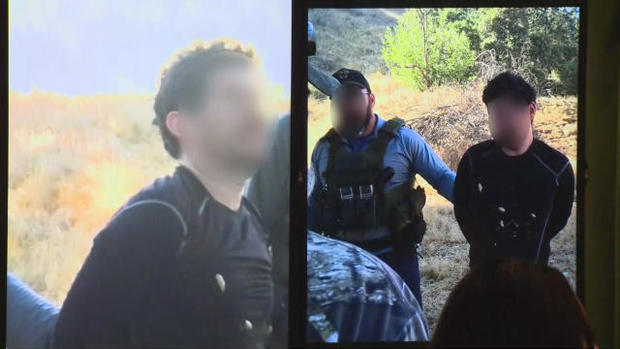