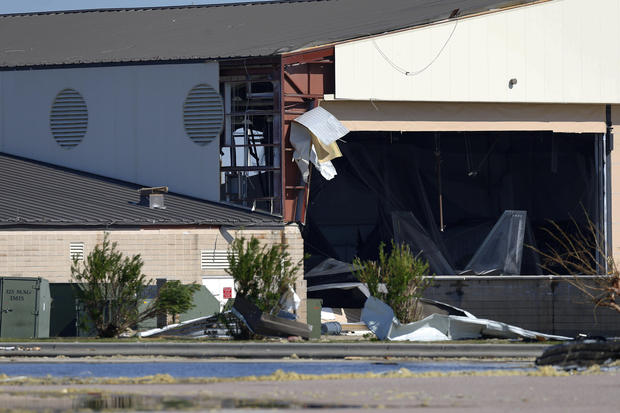 Tyndall Air Force Base in Panama City, Florida, suffered "widespread catastrophic damage" from Hurricane Michael, officials said Thursday. The base is closed indefinitely while the damage is being assessed.

"At this point Tyndall residents and evacuated personnel should remain at their safe location," said Col. Brian Laidlaw, 325th Fighter Wing commander. "We are actively developing plans to reunite families and plan to provide safe passage back to base housing."

Tyndall said roofs were ripped from buildings and there was significant structural damage.

Aerial video showed at least one display model of a fighter jet flipped over. The video also shows damage to a hangar and some planes that appear to be damaged from falling debris.

The roof of a school gymnasium was torn open. An entire freight train was pushed clear off the rails.

Sabrina Marshall was inside her home as parts were torn away from her. "And the door just, psssh, and the roof flew off," she said.

Downed trees and tangled power lines have made many streets impassable. "I was in a bunker, almost a bunker," Karen Hasket said, "and just prayers."

At least six people are confirmed dead in at least three states from Michael. 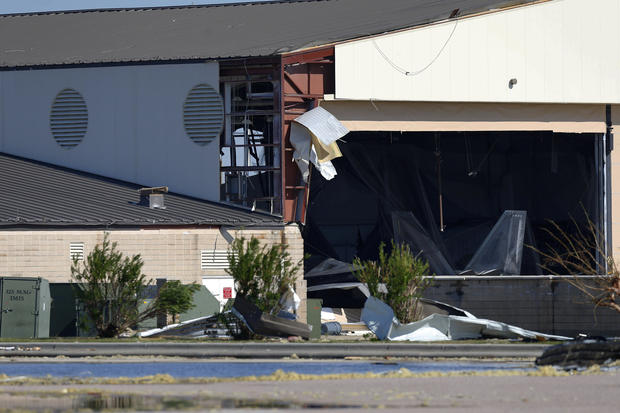 Trump lawyer who was at Mar-a-Lago for FBI search describes the...

Woman pulled from car moments before it's swallowed by a sinkhole...

Social Security recipients could get $1,900 boost next year

Investors cheered by another sign U.S. inflation is easing