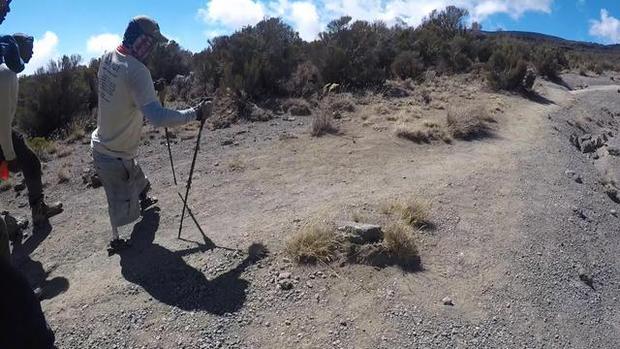 In our series, Pushing the Limits, we introduce you to a wounded Army veteran who overcame incredible odds to climb one of the world's most treacherous mountains.

For anyone it's a soaring achievement, but for Adam Keys, the summit of Mount Kilimanjaro was only part of the climb. A few years ago, taking even one step was unimaginable.

"On July 14th, 2010, was the day I was injured," Keys told CBS News correspondent Jan Crawford.

He was 26 years old, an Army paratrooper on patrol in Afghanistan, when his truck parked by a roadside bomb.

"As soon as I opened the door, the IED went off. So that's the last I remember," Keys said.

He woke up two months later.

"For a while there, it was touch and go for a long, long time," Keys said.

Doctors initially gave Keys less than a one percent chance of survival. But to his mother, that meant he had a chance.

"She came in and the doctor said, 'Do you know who this is?' I said, 'Yes, that's my mother,'" Keys recounted. "She started crying and, you know – I'm getting teared up right now. But she just looked at the doctor and said, 'I told ya.' So it was one of those things."
"What did she know about you that they didn't?" Crawford asked.
"I guess, mostly, I am determined and when I set my goals to something, I want to get it done. But mostly I'm stubborn and I like to prove people wrong," Keys said.

Months went by before Keys was strong enough to learn that the other soldiers hadn't made it.

"And that hit me very hard. I felt like I let my guys down because, you know, you're a team over there. And you – some guys looked up to me and not for much reason, 'cause I didn't have the rank or anything. But I was always determined," Keys said.

"You were a leader," Crawford said.

"I tried to be. I always wanted to be, that's for sure," Keys said.

Enduring over 100 surgeries, Keys was determined to survive – for them.

It was a journey of hope and determination. He learned to talk and walk again and decided he would squeeze the most out of that second chance. Eventually he was competing in marathons on the hand cycle before turning his sights to the peaks of Kilimanjaro. Keys acknowledged it was ambitious.
"Climbing Mount Kilimanjaro is – I mean, most people with all four limbs in the world could never do that," Crawford said.

"Well, that's a little bit of drive, again. I mean, I use that as motivation to myself, is – if it was easy, everybody would do it," Keys said.

"If you had that obstacle in front of you, you can get over it. And I'm hoping to show that you can do it, but it does take a lot of work. You have to lean on other people," Keys said.

His friend Tyler, a medic, climbed alongside him and documented the trip for us. A group of Tanzanian guides became invested in his journey, at times carrying his mountain-ized wheelchair and lifting his spirits during the hardest moments.

They imagined it would be brutal, the outcome uncertain, but after five days of climbing on sore limbs followed by freezing nights, they reached the top. And there at the summit, Keys felt even closer to his fellow soldiers.

"I'm going to leave a very special – my Purple Heart, for everybody who's been in the service… we owe you big time and we always, always, always appreciate it," Keys said. His goal now is to help others back home.

Landing back in the U.S., news of his achievement spread quickly in the airport, with onlookers clapping and cheering him on. Keys got the recognition he never seeks – but deserves. 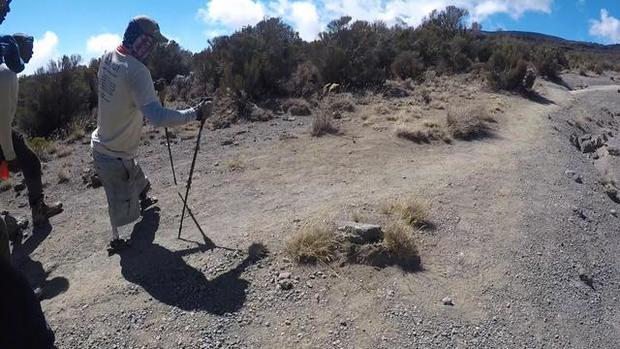