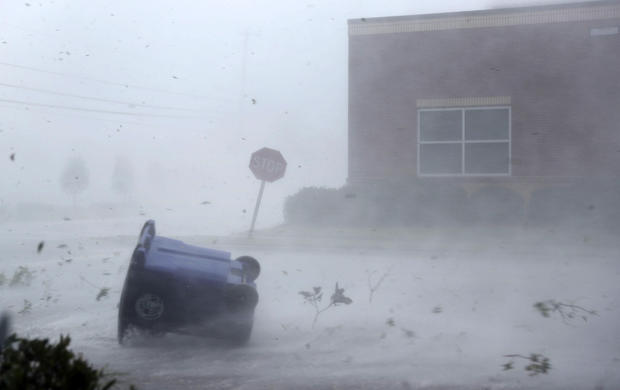 PANAMA CITY BEACH, Fla. — Hurricane Michael came ashore in the Florida Panhandle Wednesday afternoon with winds of 155 miles per hour. That makes it the fourth strongest hurricane ever to make landfall in the U.S.

In Panama City Beach, the sound of the storm was unmistakable, more like a jetliner at takeoff. "CBS Evening News" anchor Jeff Glor was there as the storm blasted the region for nearly an hour.

When Michael made landfall, winds were just 2 miles per hour short of a Category 5 storm. Gusts may have clocked in higher, but the wind gauges broke. It was enough to rip the roof off of buildings.

Just a few miles to the east of Panama City Beach lies the tourist town of Mexico Beach, which took a direct hit. Michael flattened everything in its path, with storm surges of up to eight feet. The rainfall topped five inches of rain, completely submerging some houses, while other buildings lay in piles.

Michael is the lowest pressure hurricane to strike the U.S. mainland since 1969. It is the fourth strongest on record, and nothing this ferocious has ever hit the Panhandle. 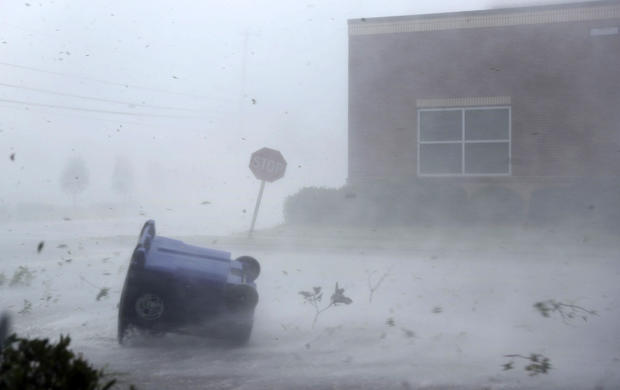