The 2018 American Music Awards will open with the first awards show performance in three years from Taylor Swift. The pop star will open Tuesday night's show at the Microsoft Theater in Los Angeles, which airs live on ABC at 8 p.m. ET.

8:30 p.m.: Ross returned, and pointed out that if Swift wins three more awards on Tuesday, she will be the most decorated artist in AMAs history. Ross wondered out loud how musicians come up with their names, mentioning that Halsey must have gotten her name from having lots of sore throats and eating Halls when she was a kid. Then Ross joked that she wondered how Lil Dicky got his name.

"Aquaman" star Amber Heard took the stage to introduce Twenty One Pilots, which she joked was the number of pilots she starred in that were not picked up. The duo opened their performance of "Jumpsuit" behind a sheer screen, as different patterns and beams flashed across. The screen came up and the two stood in front of a burning car onstage. The performance closed with a shower of confetti.

Macaulay Culkin presented the next award for pop/rock male artist, which went to Post Malone, who thanked his family and fans.

8:17 p.m.: Tracee Ellis Ross took the stage by rapping along to Cardi B's "Bodak Yellow," complete with a blinged out grill on her teeth that said "TER." Ross removed her jacket to reveal a sequined bodysuit before she danced onstage to the song "This is America."

Ross continued to dance along to an impressive number of songs, including "APES**T" by Beyonce and Jay-Z, "Respect" by Aretha Franklin and "Uptown Funk" by Bruno Mars. Ross moved onto "Run the World (Girls)" by Beyonce, dancing against a backdrop of photos of influential women, including Mother Teresa, Oprah and Carol Burnett.

She asked her "black-ish" children Marsai Martin and Miles Brown how she did, and they held up signs, giving her only "3" and "7" out of 10. Ross brushed off the low numbers and said she was having fun. She also announced that she was wearing clothes created by black fashion designers.

Florida Georgia Line and Bebe Rexha presented the first award of the night for rap/hip-hop artist, which went to Cardi B. Cardi B said in her acceptance speech, "I really want to thank my daughter. And not just because she's my daughter. When I was pregnant, I was so influenced to be like, 'Yo, I gotta do this. I gotta show people wrong. I gotta prove people wrong because they said I wasn't going to make it after I had a baby."

8:08 p.m.: Artist of the year nominee Taylor Swift opened the AMAs with her song "I Did Something Bad" from the album "Reputation." The pop star wore a glittery black bodysuit as she danced and sang against a dark, misty pink backdrop as flames emerged on the sides of the stage. Her backup dancers wore dark makeup and dark, scaled clothing as they flocked her.

Later, a giant cobra rose from the center of the stage — a reference to Swift's haters calling her a snake. Camila Cabello was seen singing along as she watched the performance. The singer received a standing ovation when she finished her song.

Stars arrive on the red carpet

Taylor Swift, Camila Cabello and Dua Lipa are among the stars who have arrived on the red carpet.

A tribute to Aretha Franklin

Gladys Knight, Ledisi, Mary Mary, Donnie McClurkin and CeCe Winans will pay tribute to late Queen of Soul Aretha Franklin. They will remember her with performances from her album, "Amazing Grace." 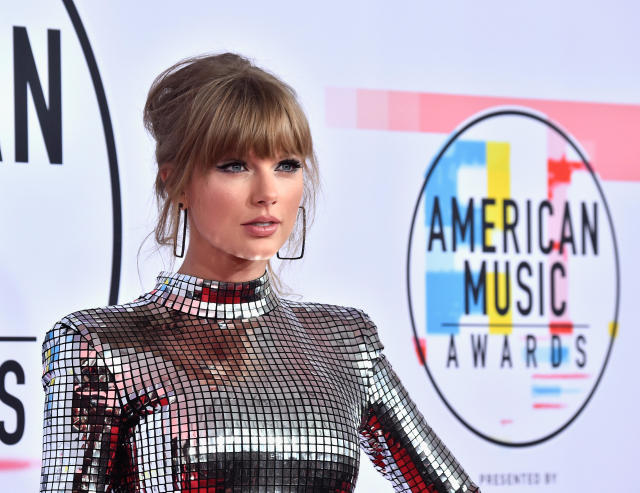 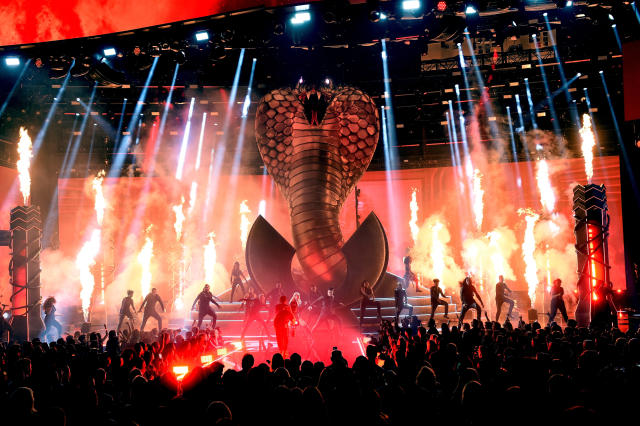 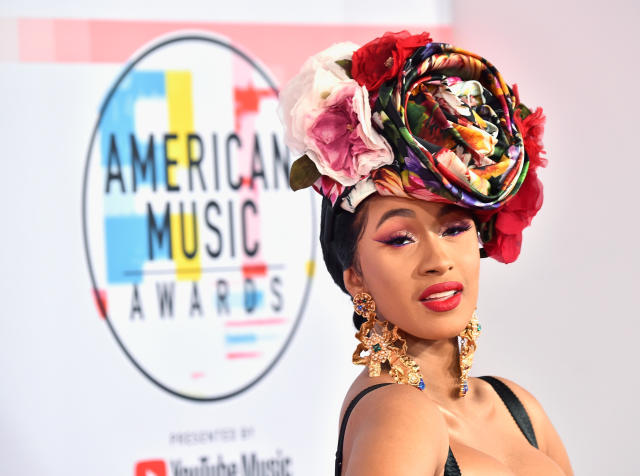