"Shameless" star Cameron Monaghan wrote on Monday that he is leaving the show after its upcoming episode on Sunday. The announcement comes a month after Monaghan's co-star Emmy Rossum penned a heartfelt post about how she was also exiting the Showtime series. The show is currently in its ninth season.

Monaghan, who plays the third oldest Gallagher sibling, Ian, revealed that he has known about his departure since last year, but wanted to keep it a surprise for fans, saying, "I didn't want to give it away too early as I wanted this season to be a surprise for the audience, allowing them to experience Ian's unsure journey with his character."

The actor talked about growing up on the set of "Shameless" and said, "I have been a series regular on this show for roughly ten years. I was the tender age of fifteen when we shot the pilot, and I came of age in so many ways, both legally and personally. I was very lucky to mature and grow with this show. Experiencing so many firsts, maturing as an actor, a professional, and a human. In the process gaining friends, family, and the best coworkers a very lucky actor could ask for, and for this I can be nothing but gracious."

He continued, "All good things come to an end. An old cliche, but one that rings true with a sincerity and clarity especially in moments like these. Everything ends."

Monaghan's message echoed Rossum's August Facebook post, in which she said, "I never had a big family. Being ensconced in that messy Gallagher family love is something I'd always dreamed of. But even off set, it feels real. … This kind of stability, this family, has nurtured me and made feel safe enough to stretch and grow creatively."

In September, showrunner John Wells and star William H. Macy opened up on Rossum's departure. Wells said, "We'll miss her. At the same time, there are a lot more Gallagher stories to tell." He also said that he was rewriting the end of Season 9 in light of Rossum's exit.

Macy seemed hopeful that Rossum will return to the show in some capacity. He said, "It doesn't feel like goodbye forever. Fiona's got to come back. She's going to leave clothes there!" 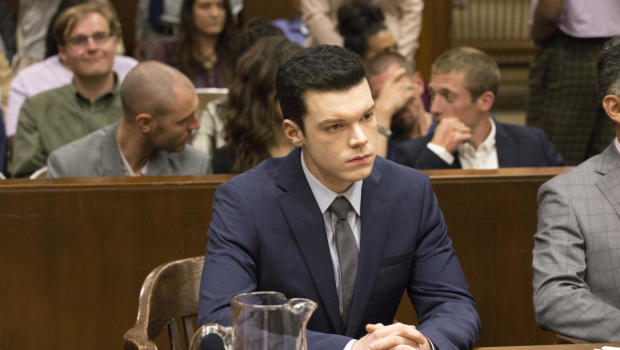 Decision to speed up 2020 census not made by Census Bureau,...

No charges in Breonna Taylor's death; lesser charges for 1 officer