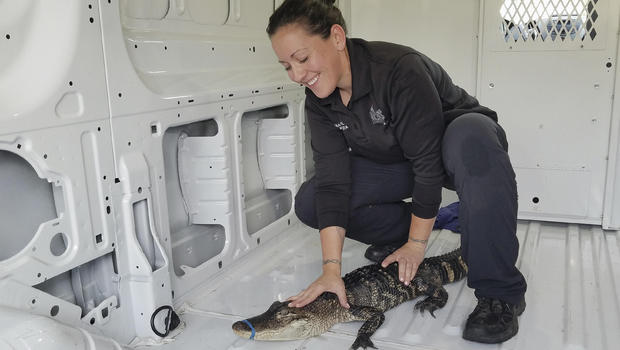 WAUKEGAN, Ill. — Authorities don't know who dumped a four-foot-long reptile into Lake Michigan, but they now know what kind it is. After initially believing the animal spotted Monday swimming near Waukegan, Illinois, by a startled kayaker was a caiman, officials now say it is actually an alligator.

Either way, it had no business paddling around the suburban Chicago shoreline and Waukegan spokesman David Motley said Tuesday that animal control officers are trying to determine who abandoned the creature, which was found with its mouth kept shut by rubber bands.

Motley said officials thought the animal was a caiman for much of Monday, but Rob Carmichael, curator of the Wildlife Discovery Center in nearby Lake Forest, later told him it was a female alligator.

"I didn't think it was real," fisherman David Castaneda told CBS Chicago. "I thought it was fake, like maybe a toy."

Caimans and alligators look similar, but an alligator's snout is more rounded and only its upper teeth can be seen when its mouth is closed, whereas a caiman's upper and lower teeth can be seen, said Andrew Biddle, the head of reptiles at Wild Florida Airboats & Gator Park in Kenansville, Florida.

Carmichael said an alligator would be more capable than a caiman of handling the cold water of Lake Michigan and that the one rescued Monday could have been swimming around for weeks. He said it could have done this with its mouth shut because alligators can go months without food.

Carmichael said that although the rescued gator is weak, she has a pretty good chance to survive if she can get through the next few days.

This isn't the first time someone dropped off a wild animal on or in Lake Michigan, Motley said, pointing to a 2012 incident in which someone abandoned a 14-foot python on the lakefront. 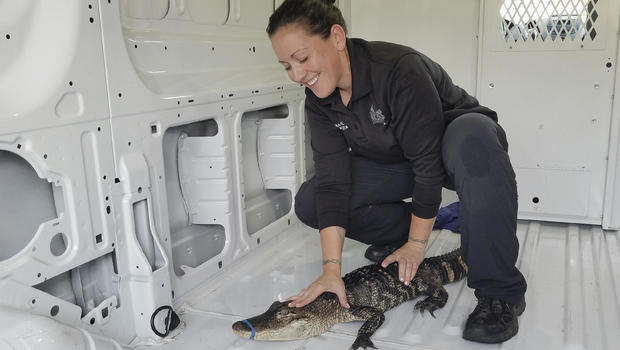 What is a Russian oligarch?