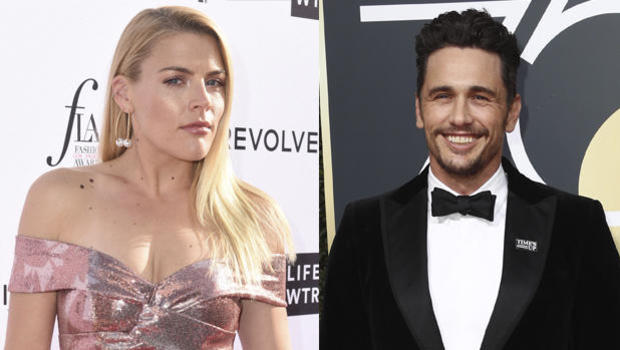 Busy Philipps is opening up about an excerpt from her upcoming book in which she accuses James Franco of assaulting her while the two worked together on "Freaks and Geeks." The actress says her co-star "threw [her] onto the ground" while they were shooting a scene. "Freaks and Geeks" aired from 1999 to 2000.

Philipps talked to The Hollywood Reporter about the passage and explained some of the context behind it. In an excerpt first published by Radar, Philipps wrote that when she was 19, she was filming a scene in which she was directed to lightly hit Franco on the chest. She said Franco broke character and assaulted her.

"He grabbed both my arms and screamed in my face, 'DON'T EVER TOUCH ME AGAIN!'" she wrote in the book. "And he threw me to the ground. Flat on my back. Wind knocked out of me." She also said that Franco was never truly punished for it. Publisher Simon & Schuster (which is owned by CBS Corp.) confirmed to CBS News that the lines appear in Philipps' upcoming memoir, "This Will Only Hurt A Little."

Philipps told THR that the alleged incident was not "even outrageous" for the culture on the show's set.

"At the time, 19 and with my first professional acting job, I was under the impression that this was just the way things were," said Philipps. "James and I have talked about it over the years. At one point he apologized to me. I was always acutely aware of my expendability, and so I felt I needed to never complain, always show up on time and not be difficult. If someone else was being difficult, it was my job to be the easy one or figure out a way to soothe the situation."

She admitted that she knows she might make Franco's fans angry.

"I know people are going to pull from this that I'm f**king hard on James Franco. Whatever, he deserves it," she said.

In January, five women told the Los Angeles Times that Franco was sexually inappropriate or exploitative with them. Four women, who were his students, said that he pressured them into nude scenes or removed protective guards covering their genitals during sex scenes. Actress Ally Sheedy also implied on Twitter that Franco was the reason why she left the film industry. Franco said the allegations in the Los Angeles Times were "not accurate." He also said that he does not know what Sheedy meant in her tweets.

Franco addressed the allegations on the "Late Show" in January, telling Stephen Colbert, "In my life, I pride myself on taking responsibility for things that I've done. I have to do that to maintain my well-being. I do it — whenever I know that there is something wrong or needs to be changed, I make it a point to do it."

"This Will Only Hurt A Little" is set for release on Oct. 16. 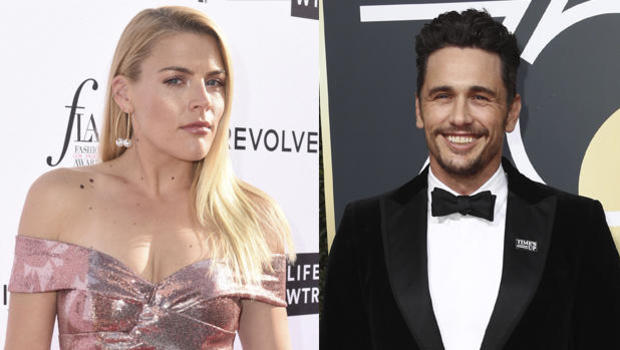