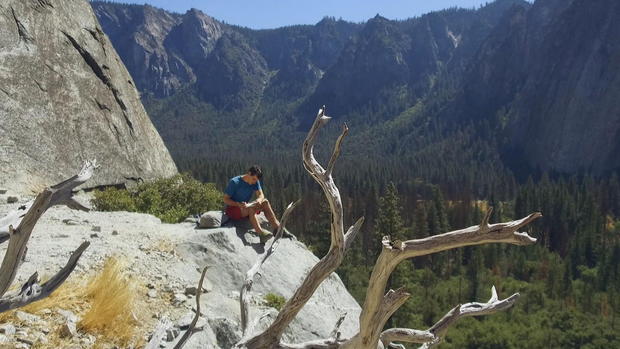 Thirty-three-year-old Alex Honnold is one of the biggest names in rock climbing. Last summer, he became the first and only person so far to climb Yosemite's El Capitan without any ropes or safety gear. The famed 3,000-foot rock wall is higher than the tallest building in the world, the Burj Khalifa in Dubai. His climb is the subject of a new documentary called "Free Solo." Honnold returned to the site of his record-breaking triumph to write a note to his teenage self about what lies ahead.

Right now, you're an 18-year-old loner, lost in a sea of uncaring faces at UC Berkeley. You'll spend most of your freshman year, not at class, but at a local boulder, traversing the rock face back and forth with headphones in. You prefer it to the climbing gym because you don't have to talk to anyone. Surprisingly, this is the beginning of a path. You will leave school, move into a van, and devote yourself to climbing.

Your lack of social skills will be one part of why you take up free soloing, climbing by yourself without a rope. But don't worry – you'll eventually find yourself right at home in the climbing community, surrounded by close friends and lifelong partners.

You've always loved the physical movement of climbing. There's a certain joy in swinging around, propelling yourself upward, the fluidity of movement. Whether it's climbing trees or buildings as a kid or climbing Half Dome in Yosemite National Park as an adult, you'll come to appreciate the strain in your arms and the burning of your muscles. You'll experience this joy climbing throughout your life; no matter how many routes you climb, it will always be at the core of your drive.

The idea of free soloing El Capitan, the iconic 3,000-foot wall in Yosemite, will become an all-encompassing dream for much of your climbing life. For the first five or six years, you'll be too afraid to try – too afraid to even put any effort toward a potential solo. Right now, you're afraid of so many things: strangers, girls, vegetables, falling to your death. That's fine; fear is a perfectly natural part of life. You will always feel fear. But over time you will realize that the only way to truly manage your fears is to broaden your comfort zone. It's a long, slow process that requires constantly pushing yourself, but eventually you'll feel pretty darn good, and you'll climb big walls just like this.

You'll have near misses and frequently think about death. It will change your perspective and little annoyances will melt away. There will always be people calling you crazy or assuming that you have a death wish – that's fine. They don't see the amount of time and effort that goes into preparation or your drive to do something difficult, especially if it's never been done before.

But you will always find purpose in exploring your own limits. Don't let anyone else's opinion rein you in. It doesn't matter what anyone else thinks: live your life in the way that you find most fulfilling.

For many years, climbing will be the most important thing in your life. You will put climbing before everything else. But keep an open mind. Eventually you will have a wonderful girlfriend and a charitable foundation.

In the end, it all comes back to El Capitan. It will give your life direction for almost a decade. It will be your muse, the reason you get up early to train and stay out for long days in the mountains. The day that you finally free solo El Cap will be one of the most satisfying of your life. It will also serve as an important reminder that no summit is more important than the long process of getting there.

Climbing is a lifelong journey; use it to learn and grow. And Alex, don't forget to enjoy the view. 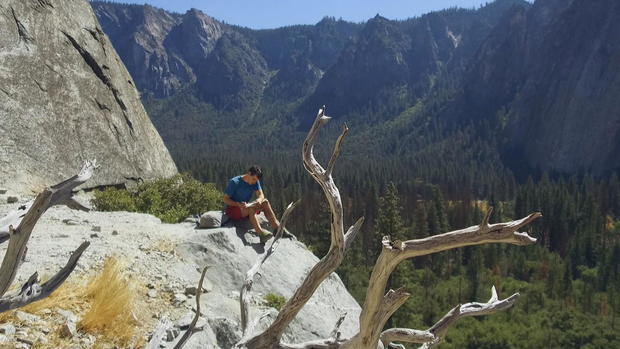