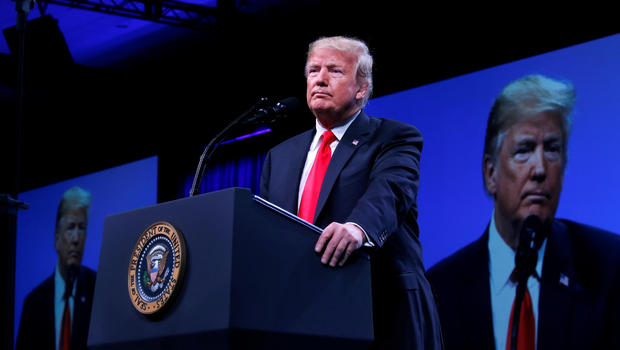 President Trump touted the "stop and frisk" policy in a speech Monday to the International Association of Chief of Police Annual Convention in Orlando, saying it's a policy that works and was meant for places like Chicago.

"I have directed the attorney general's office to immediately go to the great city of Chicago to help straighten out the terrible shooting wave. I'm going to straighten it out and straighten it out fast," Mr. Trump said. "There's no reason for what's going on there. I've told them to work with local authorities to try to change the terrible deal the city of Chicago entered into with ACLU, which ties law enforcement's hands and to strongly consider stop and frisk. It works and it was meant for problems like Chicago. It was meant for it. Stop and frisk."

In his speech, Mr. Trump also praised Supreme Court Justice Brett Kavanaugh, who was successfully confirmed over the weekend.

The president spoke with with Deputy Attorney General Rod Rosenstein on his way to Orlando, and said he has no plans to fire the DOJ's second-in-command. Mr. Trump told reporters he has a "very good relationship" with Rosenstein, aside from the Russia investigation. Mr. Trump had intended to meet with Rosenstein for days, after the New York Times reported that Rosenstein had suggested wiretapping the president and invoking the 25th Amendment — claims Rosenstein denied.

Mr. Trump, speaking to reporters before heading to Orlando, said the allegations against Kavanaugh were "all made up," and said he thinks the American public will see through Democrats' "charade" in the Kavanaugh saga. Some Democrats are threatening to impeach Kavanaugh if they gain control of Congress.

"The American public has seen this charade, has seen this dishonesty by the Democrats and when you mention impeach, a justice of the United States Supreme Court who is a top scholar, top student, top intellect, and who did nothing wrong, and there was no corroboration of any kind, and went through seven FBI investigations, had nothing to do with any of this stuff," Mr. Trump said. 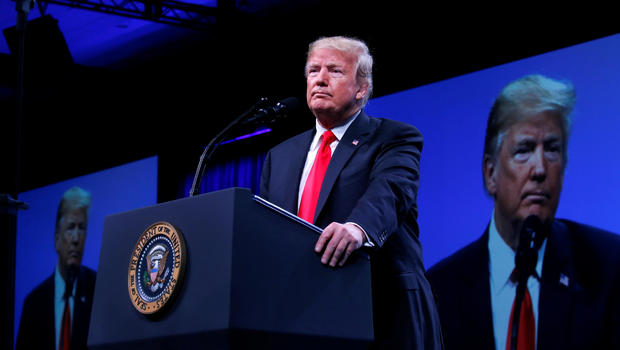 Ta-Nehisi Coates on race, hope and speaking out

COVID vaccine could be authorized for adolescents by early next week

Riding waves in the dark with a new breed of surfers

Teen suicide is on the rise, leading some to question if...

“Ali” author on painting a “real” picture of the legendary boxer

Gunman posed as customer before killing 2 women, injuring 5 others

Frank Robinson, first black manager in MLB, has died at 83