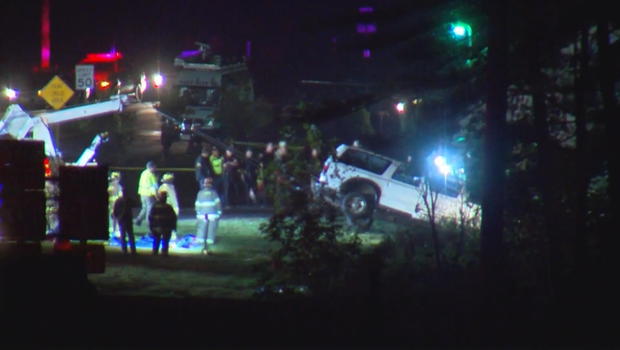 A serene fall day in upstate New York became the backdrop for a nightmare when a limo carrying 18 people blew through an intersection Saturday afternoon and slammed into an empty SUV outside a packed country store in Schoharie, New York. Everyone in the limo, along with two pedestrians, died. The National Transportation Safety Board is calling it the deadliest U.S. crash in nearly a decade.

Family members of the victims say the limo was headed to a 30th birthday celebration. Around half the victims in the limo are believed to be related.

"Can't wrap your head around it, you just can't," said Barbara Douglas, who said four of her nieces were killed in the crash. She said they were celebrating the youngest sister, Amy Steenberg's, birthday.

"They were wonderful girls. They would do anything for you and they were very close to each other and they loved their family," Douglas said.

Amy Steenberg's husband, Axel, was also killed in the crash. They married in June. In Amy's last public Facebook post, she wrote, "Axel Steenburg I love you more than words can say! … Thank you for being so kind and loving." Axel's brother, Rich Steenberg, also died.

"It hasn't really sunk in yet. It seems like a really bad dream, I guess," their younger brother Eric Steenberg said.

Relatives told CBS News correspondent Tony Dokoupil the victims in the limo were a tight-knit group of family and close friends, most of them, from Amsterdam, a small city near Schoharie.

"I heard this loud bang. I saw a lot of people up here at the Apple Barrel out in the parking lot. And then I heard screaming," local Bridey Finnagen said.

Police say the 2001 Ford Excursion limo was traveling southwest down a hill on state Route 30. It blew a stop sign at an intersection and plowed into a parking lot outside the Apple Barrel Country Store. The limo hit two pedestrians, and slammed into an unoccupied Toyota Highlander before it careened down a slope, and came to a stop in a muddy ditch in the woods.

Authorities combed through the wreckage Sunday, removing tires and personal items from the scene.

It's unclear if the limo driver, Scott Lisinicchia, tried to brake, but there are no skid marks in the road, only track marks in the grass. The owner of the country store said the intersection has been problematic in the past.

A victim's relative told the Washington Post that "some kind of bus" was supposed to take the group, but it broke down. The group then boarded the stretch limo. According to that relative, one of the victims sent a text before the crash, saying the limo "appeared in terrible condition." 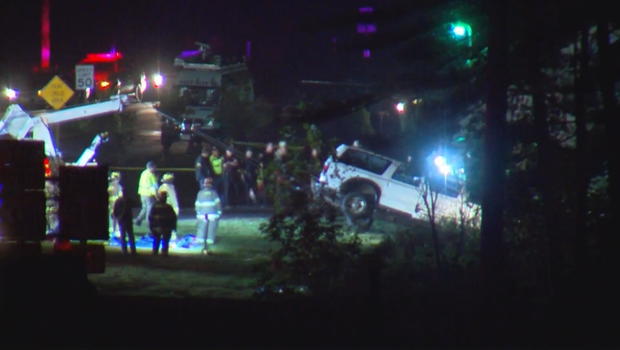