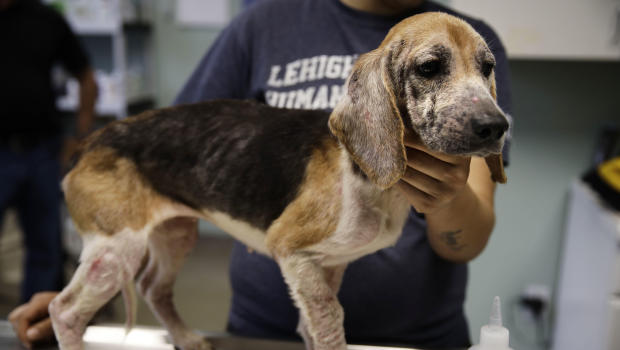 Animal welfare workers removed 71 beagles from a cramped house in rural Pennsylvania, where officials say a woman had been breeding them without a license before she died last month. The Lehigh County Humane Society got a call Saturday night from police who responded to noise complaints at a home outside Allentown, said Barbara Morgan, the Humane Society's police officer.

The officers estimated about 25 dogs were inside the home. Four animal welfare workers and two trucks responded.

"Six hours later, we've removed 71 beagles," Morgan said, adding she had never seen so many animals squeezed into such a small space.

Many are sickly and underweight and all of the animals had fleas, she said. Several are showing symptoms of mange and others have vision issues and are possibly blind.

Workers said on Facebook that they are in "desperate need of wet dog food and monetary donations."

The dogs didn't initially belong to the man who owned the home, said Mary Shafer, the executive director of the county Humane Society. The man's companion had been breeding, kenneling and selling beagles, and acted as a beagle rescue, all without a license, Shafer said.

The woman passed away in September, leaving the man with the animals, she said. He will likely face charges.

The dogs are being evaluated and information on adoption will be available in coming days. Until then, the shelter is in need of donations to help care for them, including wet food, towels, sheets and leashes.

The shelter typically handles 200 animals at a time, and the influx of beagles has overwhelmed the large dog area of the non-profit shelter, Morgan said.

Just bathing them, clipping their nails and separating the ill from the healthy has been a challenge. Eventually all the dogs will be spayed or neutered, microchipped and vaccinated.

"It is really stressing for staff, but they've told me this is why they are here and they appreciate being able to help," Shafer said. 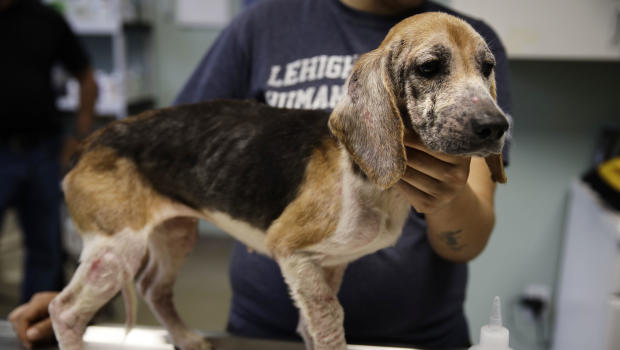 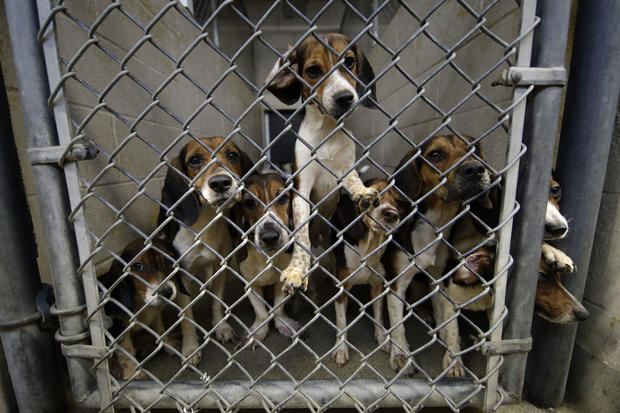 With Nick Ayers out of the running, Trump mulls other names...

Virginia delegate backs down on calls to impeach Justin Fairfax