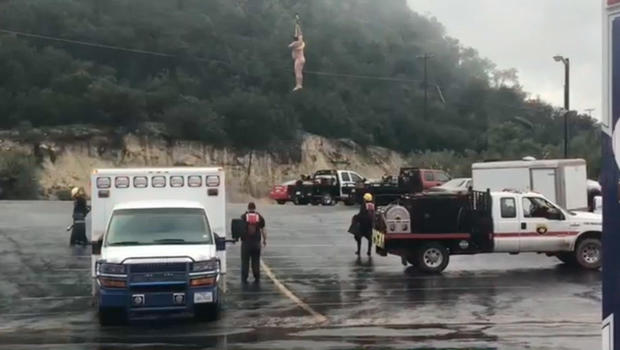 DALLAS — Emergency crews were searching for four men whose recreational vehicle was among those swept away as floodwaters in an RV park in West Texas, prompting dramatic rescues by helicopters and boats. Heavy rains fell Sunday night and into Monday morning in Junction, about 140 miles west of Austin.

So far, there were no fatalities confirmed, but Kimble County Sheriff Hilario Cantu said "all the RVs, everything, got swept away."

Texas Game Warden Rachel Kellner said the four missing men worked together and were swept away before daybreak by the South Llano River.

Authorities said 19 people were rescued — 15 by boat and four by helicopter — and 40 people were evacuated from the South Llano RV Park. Kellner said two of the people rescued by air were in a tree with a family dog. She said all those rescued have been checked out by medical emergency personnel, but it's unclear if any required hospitalization.

State and local agencies were helping with the rescues, Cantu said. The city of about 2,500 people had been without electricity earlier, but it's been restored.

National Weather Service meteorologist Aaron Woodward said the main flooding is along the South Llano River, next to the RV park. Woodward said radar estimates show that up to 12 inches of rain has fallen in the area since Sunday evening.

The river has gone down, but it is expected to rise again later.

Cantu said the RV park is adjacent to a city and county park. He said the county park doesn't allow overnight stays but the city side does and there were people camping there but it's not regulated so he doesn't know how many people might have been there.

"The problem with the RV park, as far as getting accounting of people and getting information, the main office was also swept away," he said. "So whatever records they had there are not accessible." 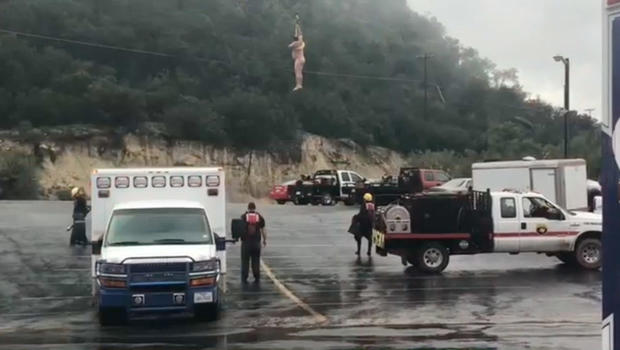 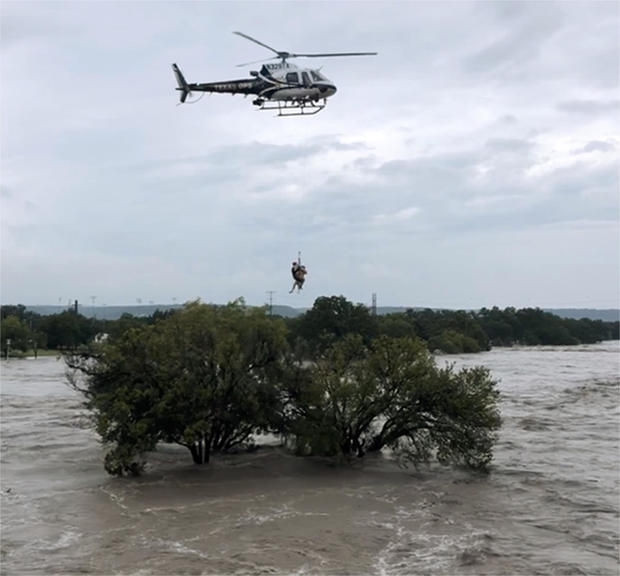 Charlemagne tha God on who he likes for president in 2020

What opens again now that the government shutdown is over?