Secretary of State Mike Pompeo has wrapped up his fourth visit to North Korea after meeting Kim Jong Un to seek elusive progress in efforts to persuade him to give up his nuclear weapons.

Pompeo tweeted on his arrival in Seoul that he had met with Kim and that they "continue to make progress on agreements made at Singapore Summit."

He said, "Thanks for hosting me and my team."

The two met for roughly two hours during their private meeting away from cameras. Their meeting comes as President Trump and the North Korean dictator intend on sitting down for another summit to continue work on verifiable denuclearization. The secretary told CBS News late last month that while a location and date have not been set yet, he would personally be traveling to Pyongyang in order to get the conditions for the next summit "just right."

Following private talks, the two exchanged pleasantries as Kim told Pompeo he was "really pleased" for the opportunity to share a meal together after having such a "nice meeting."

"This will be great," Pompeo told Kim in agreement. Kim remarked that it was the top U.S. diplomat's fourth time visiting the region, noting, "so I am sure that you wouldn't have those first strange feelings that you would have when you were first coming." Pompeo agreed. Pompeo and Kim did not meet during Pompeo's last trip to North Korea in July.

As Pompeo and Kim seated for their lunch meeting, Kim, without specifically mentioning any topics up for discussion, said it was a "very nice day that promises a good future for both countries."

"We had a great, great visit this morning. President Trump sends his, his regards. And we had a very successful morning so thank you and I am looking forward to our time here at lunch as well," Pompeo replied.

Pompeo had flown to Pyongyang from Tokyo after talks there with Japan's prime minister during which he pledged the Trump administration would coordinate and unify its strategy for denuclearization with allies. Japan has been wary of the initiative but South Korea has embraced it.

While in Seoul, Pompeo will meet with President Moon Jae-in and Foreign Minister Kang Kyung-wha. 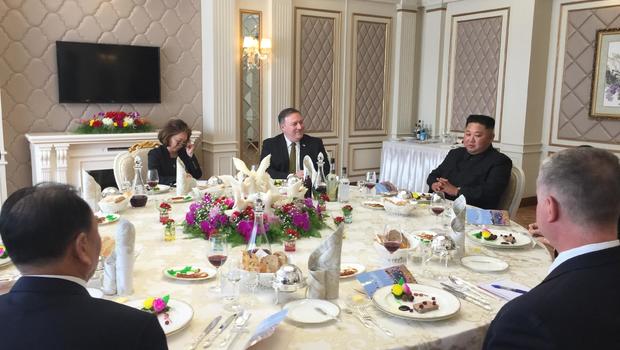 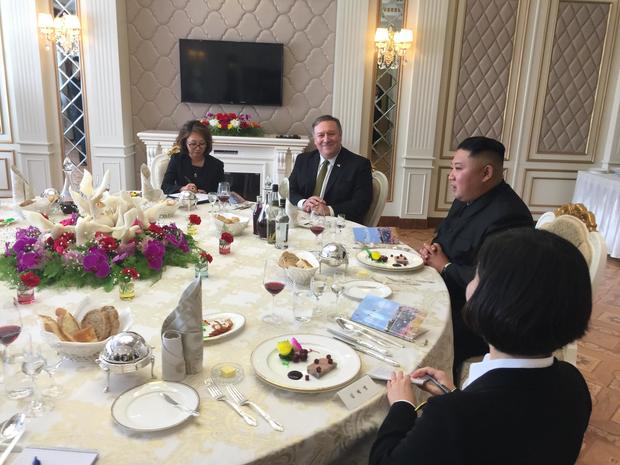