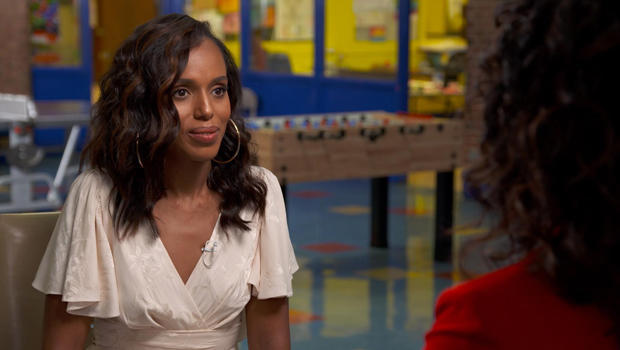 She's ON BROADWAY, and can tell you all about the road that brought her there. Her name is Kerry Washington, and she's talking with our Michelle Miller:

As incredible as it may seem now, initially, Washington wasn't even in the running for the role.

Miller said, "A little bird told me the network wanted to cast her as a white woman."

"I think the network, when they read the script, assumed that she would be a white woman, because that's what privilege looks like," Washington said.

But the brass would soon learn blockbusterratings look very much like Kerry Washington, the first African American female lead in a network drama in nearly 40 years. "The audiences said that you could do this and people would watch, that if you build it, they will come," she said.

Now, Washington is building on her popularity as she enters her next act, beginning with a new Broadway play. She said, "I dreamt about being on the stage way before I thought about being on anybody's screen anywhere."

She's producing and starring in "American Son," which began performances last night. Set in a police station, it's the story of a mother and father trying to get information about their missing teen.

Washington says she instantly knew she wanted to play Kendra, the mother. "I'd never seen a character like Kendra before on stage and yet, she's a black woman that I feel like I knew. I wanted to be able to have people meet her and hear her and know her heart."

The couple's son, Jamal, straddles two worlds, as Washington did. She grew up the daughter of a professor and a realtor in the Bronx, and was educated at Spence, a private school in Manhattan.

"Did you live that life?" asked Miller

"I was definitely navigating being a kid from the Bronx, riding the bus to the subway to go to the Upper East Side to one of the most elite, prestigious private schools for girls in the country, in the world. That's one of those places where I feel like I understand what Jamal is going through."

It was in dance class that their instructor gave Washington an early lesson in standing tall: "He gave me a dance to do at the top of a dance number, and then the next week, he, like, gave it to another girl. And I was like, 'What did I do wrong?' And he said, 'Oh, I totally forgot that I had given you. You always have to speak up.'"

At 41, Washington says she's still speaking up, and in control.

Miller noted, "You're producing. You're directing. You are acting. You are in film, television, web series. Kerry's making that happen."

"Yeah. 'Cause Kerry has to!" Washington said. "I'm a hustler. If I sit around and wait for other people to create magic in my life, then I will be waiting 'til the day I die. But I get to bring my own black girl magic into the world as best as I see fit. And that's what gives me the life I have today."

A life that includes her husband, former NFL player Nnamdi Asomugha, and their two young children. While she doesn't speak publicly about her private life, she does look back fondly on the steps she took to get here.

Like climbing a mountain with Angelina Jolie in "Mr. and Mrs. Smith" ("That was pretty cool!"), and playing two different wives opposite Jamie Foxx, one in "Ray," the other in "Django Unchained."

"It's just always a joy," she laughed. "I love him so much. That is my movie husband for life!"

"Django" was produced by Harvey Weinstein, who one year ago last week became the focus of bombshell allegations of sexual assault, which he has denied.

Miller asked, "When you heard about what took place, did a flash to come to your mind with, you know, dealing with this man?"

"It's funny, my head just went in, like, five places," Washington said. "That revelation and awakening that we've had as a culture has been hard for a lot of us, because it's made us flash back to all kinds of things with all kinds of people, at work or in our personal lives. It's hard to not be in a state of PTSD a lot of the time."

Despite the challenges, she sees progress.

"The good thing that has come out of it is that there is more truth-telling, and there is more truth. And that we have been able to come together and say, 'Enough is enough' whether it be in the Weinstein Company or in the White House. There's no turning back."

Still, the just-ended drama surrounding one Supreme Court seat has stirred so many memories of that other one from 27 years ago, and those hearings, Washington says, she knows something about, having studied Anita Hill, whom she played in HBO's "Confirmation."

"She really taught me what courage looks like," she said. "I realized in playing her, the places in my own life where I have not told my full truth, and I'm just so grateful that she was willing to.

"And that is all you're gonna get from me out of that. I see your mind spinning."

"When will you tell it?" Miller asked.

So, what did she do instead? In January 2018, she joined fellow actresses and producers to start Time's Up, an organization that helps combat sexual harassment and assault in the workplace. So far, it's reportedly raised $22 million to help connect and aid more than 3,000 women and men with legal help.

"We are creating work environments that are safe for women because we're in charge," she said.
"And we're saying we won't stand for a producer who thinks he can say that to an actress because she's doesn't feel empowered. We're calling the shots!"

And, Washington says, she'll keep calling the shots until change comes. "Because as a culture we tend to look past women, or look past women of color, when we put ourselves at the center and we give value to the stories of women of color, it becomes a social act of rebellion. It's not what I'm intending to do. But I'm not gonna make myself small." 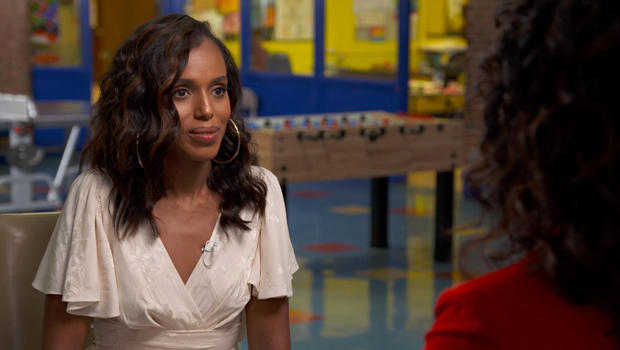 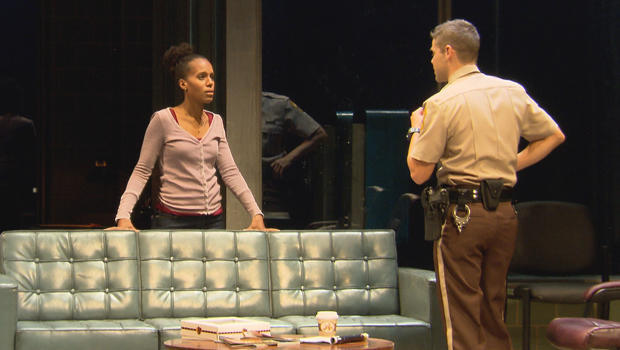 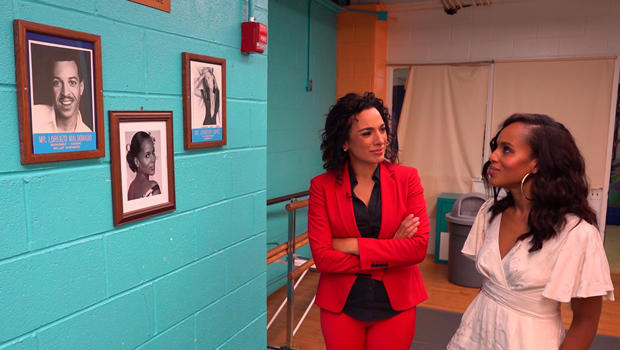 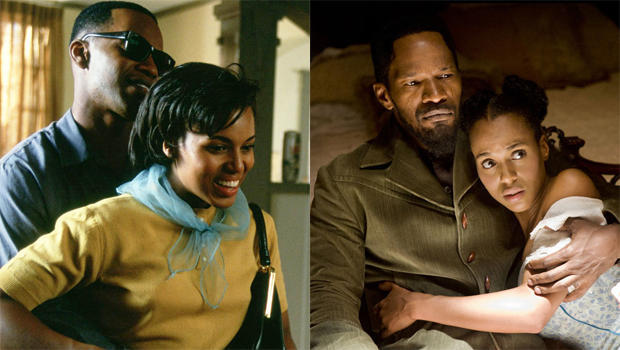 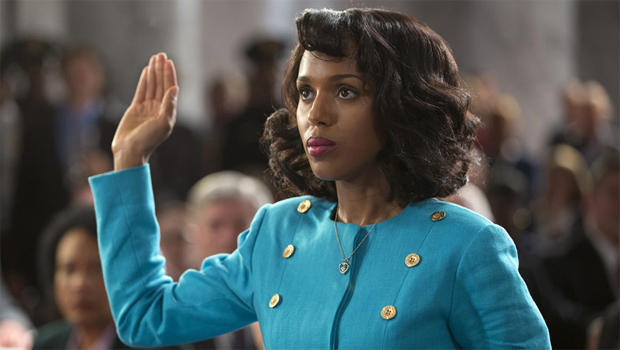