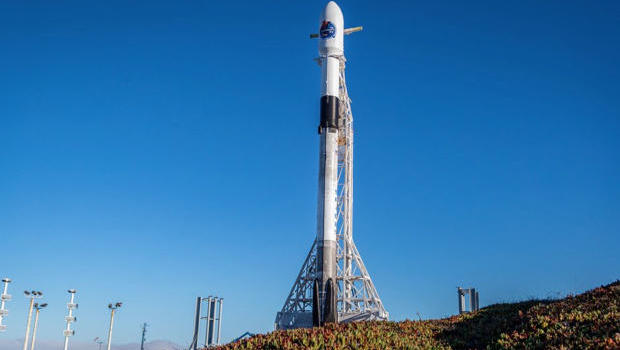 A SpaceX Falcon 9 rocket using a previously flown first stage was on track for launch Sunday to boost an Argentine environmental satellite into orbit from Vandenberg Air Force Base, California. The first stage is expected to attempt a landing back at the launch site, a first for the West Coast rocket base.

Liftoff from pad 4-East was targeted for 7:21:28 p.m. PDT (GMT-7; 10:21 p.m. EDT), a bit less than an hour after sunset. The Air Force warned area residents to expect unfamiliar sonic booms as the stage made its way back to Vandenberg.

Such sights and sounds are familiar to residents near the Cape Canaveral Air Force Station in Florida where SpaceX first landed a Falcon 9 booster in December 2015. Between then and now, the company chalked up another 10 successful landings at the Air Force Station and another 18 on offshore droneships.

But as always, the landing is a second objective. The primary goal of the flight is to boost Argentina's SAOCOM 1A satellite into an orbit around Earth's poles, the first of two orbital radar stations capable of "seeing" through clouds and at night to measure soil moisture, a key indicator of crop yields, droughts and floods.

To put the satellite into the intended polar orbit, the flight plan calls for the Falcon 9 to take off on a southerly trajectory over the Pacific Ocean. Two minutes and 24 seconds after liftoff, the previously flown first stage is expected to separate and drop away, followed a few seconds later by ignition of the second stage's single engine.

Ten minutes after that, the SAOCOM 1A satellite is set to be released from the second stage to fly on its own.

The first stage, meanwhile, is expected to flip around moments after separation and fire three of its nine engines to begin heading back toward the launch site. A second "burn" is planned to slow down for re-entry into the discernible atmosphere.

Then, using four "grid fins" at the top of the booster to maintain its orientation and trajectory, the rocket is expected to drop tail first toward the landing pad, deploying four legs and firing a single engine to bring it to touchdown about seven minutes and 46 seconds after launch.

A successful landing would mark the 16th time SpaceX has recovered a booster after launch. 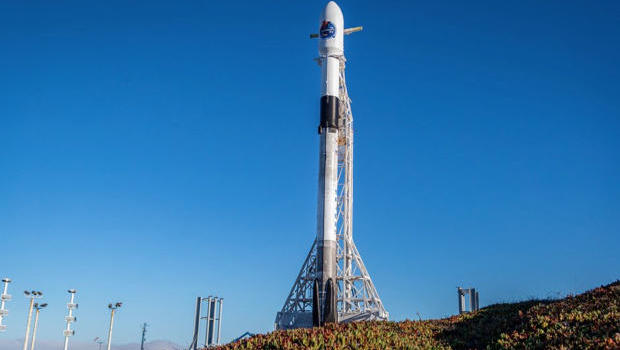 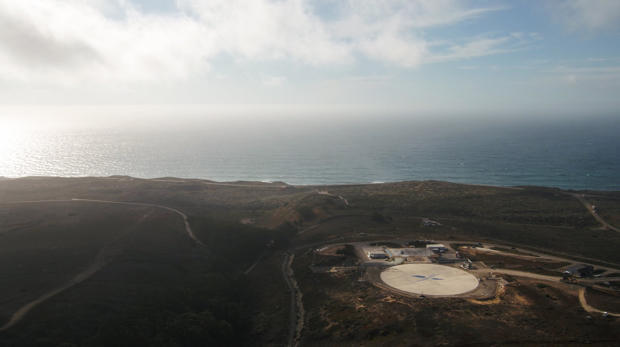