And they're all here, in her overstuffed rolodexes: the famous, the infamous, and the forgotten. Five phone lines connect the world to her Park Avenue penthouse.

Since 1981, her column has been a fixture of the New York Post. The tabloid doubles as wallpaper in her home office.

"I don't even know what this stuff is – who remembers it?" she said, pointing out one headline.

Rocca asked her, "How do you define gossip?"

"I don't like the word 'gossip,' because it's pejorative," Adams replied. "It doesn't have to be nasty and biting. It should be chatty. It should be funny. It should be something you do over coffee in the morning."

The 88-year-old is guided by a very practical philosophy: "If you were good to me, and you were my friend, I will be loyal forever. If you were evil to me, if I don't get you in this life, I'll get you in the next one."

In this life, Cynthia Heller was raised in New York City by her single mom, Jessica. "She moved my hairline back," Adams said. "She fixed my nose. She made me lose weight. She sent me to a drama school. She sent me to an elocution school."

"Usually when someone tells that kind of a story, it's followed by '… And I resent her for doing that,'" said Rocca.

"I'm grateful!" Adams replied. "If she hadn't done that, for God's sake, I would look like Bloomberg."

"Bloomberg's not a bad-looking guy."

She modeled (she says she won 57 beauty pageant titles), and in 1952, she married comedian Joey Adams (not to be confused with Joey Bishop).

"He was not the Seinfeld of today or the Bob Hope of yesterday," Adams said. "But he had a number one lifestyle."

"How old were you when you got married?" Rocca asked.

"That's what some sources say."

Joey was 41, and seemed to know everyone in show business and politics. "I was going to dinner with Joey's friends, like Frank Sinatra," Adams said. "Those are the people that I grew up with."

Joey was writing a humor column in the New York Post, when the newspaper asked his well-connected wife to write a column of her own. Said Cindy, "Mo, I never wanted to do this column. Never. I wanted to write the Great American Novel."

But what movie stars and mobsters revealed to Adams often made front-page news, like "How Suite It Was! Secret hotel romps of Donald & Marla."

Adams was especially drawn to authoritarians, like the Shah of Iran and Panamanian strongman Manuel Noriega.

Rocca leaned in to ask, "What was Noriega's complexion like up close?

"Not good," she replied. "But how many people got that close to see it? I mean, you didn't get really close. I didn't hug him or kiss him. He wasn't attractive. But, something about dictators, it's attractive."

"Who has been your favorite dictator?"

"Well, it would've been Sukarno, 'cause I lived with him for so many years."

For those who need a refresher: Sukarno led the Indonesian independence movement in the late 1940s, and then seized total power. Adams would help him write his autobiography. "I wasn't helping him, I was writing it!" she laughed. "It was the 'as told to me' autobiography."

Rocca asked, "Did he ever make a pass at you?"

"Oh, well, naturally. I would expect it!" she laughed.

"How do you turn down a dictator?"

The guest list included crime family boss John Gotti, "Queen of Mean" Leona Helmsely, and a certain noted shoe collector. "Imelda Marcos was my friend," said Adams. "When she was on trial, I was with her every single day. She couldn't remember where she put $800 million."

Joey Adams died in 1999 (he and Cindy never had children), and a friend gave Cindy a Yorkshire terrier, Jazzy, who became the love of her life.

Today, Juicy is the new Jazzy.

And every December 9, Juicy takes part in a ceremony that Adams started at Park Avenue's Christ Church: The Blessing of the Animals.

"Because I travel too much."

"You can't have staff? CBS is paying you so little?"

Cindy also has human friends, including Judith Sheindlin, known to millions as Judge Judy. They met 22 years ago.

"We play gin – we can play gin for a whole day," said Sheindlin. "We have played gin on a plane for 14 straight hours!"

Rocca spoke with them at Fresco by Scotto, a favorite restaurant of Cindy's … and the president's.

Adams said, "I know Donald Trump longer than you are alive. The night Donald became president, I was with him. And he leaned over to me and he said: Can you believe this? He was always good to me. And I will always be his friend. The only time he was ever angry with me was when I thoughtlessly did not go to his father's funeral. Why I didn't go, who remembers? And he was angry. He said: 'You didn't respect my father.'"

At this point in Cindy Adams' bold-faced life, the only ring on her finger is the one she received from former New York Yankees owner George Steinbrenner.

"And my name's on it!" she exclaimed. "If you see my name on the side, because if your name's not on it, it's not legit. This way they know if you try to hock it or sell it."

Rocca asked Judge Judy, "Did you ever encourage her to date again?"

"You know, that's an interesting question. Men who are in their 60s want somebody who is 19," Judy replied.

Cindy was more blunt: "What are they gonna do for me?"

Laughing Adams, exclaimed, "What are we doing here?"

Judge Judy brought the gavel down on Rocca: "You had enough to drink. That's enough!"

Cindy Adams had the last word: "Get away from us! Get out of here, will you go away!" 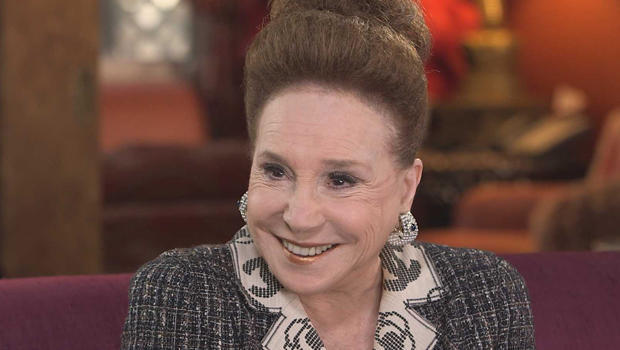 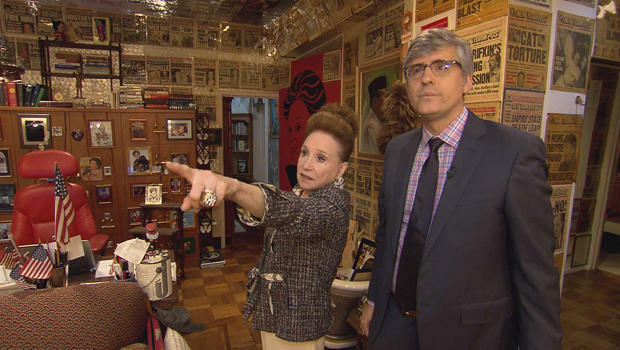 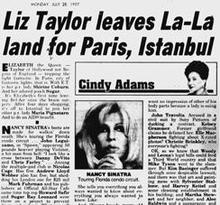 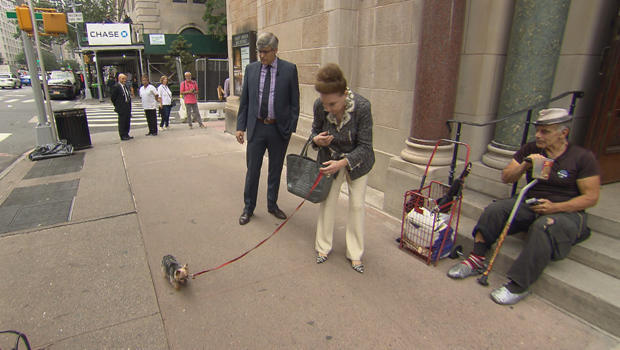