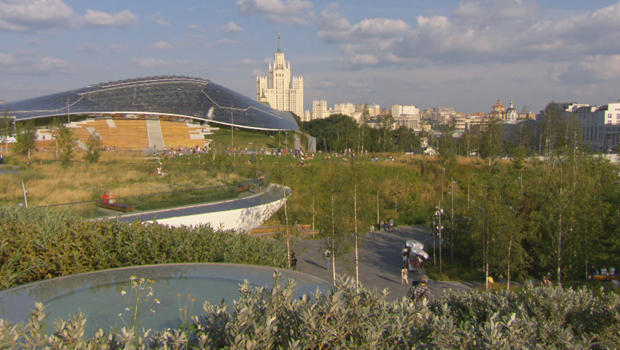 Time for a walk in the park … a most unusual park, in a most unexpected place. Elizabeth Palmer is our guide:

Build it, as the saying goes, and they will come. And did they ever.

Walkers and lovers, dreamers, tourists, families and friends … and they come especially to the cantilevered walkway jutting out over the Moscow River. Zaryadye Park is the new selfie destination of Moscow.

A little spin with the selfie stick will show you why – with views of St. Basil's Cathedral, the Moscow River, and one of the famous wedding cake buildings from the Stalin era coming into view.

And just as interesting as the backdrop is the backstory of this place. Few know that all this was designed by an American.

"It has become the most visited destination in central Moscow and that makes me have chills and shivers," said Charles Renfro. Among architects, Renfro is a celebrity famous for designing grand public spaces like the Highline Trail in New York.

But bringing that radically modern vision to Moscow caused some culture shock. Take the walkway that extends over but not across the Moscow River. "This bridge goes nowhere. It goes nowhere! We had a hard time getting it through," said Renfro.

Why? "Well, because of the fact that it's not a bridge. And I think the Muscovites were wanting it to be functional. 'Why should we build a fairly expensive feature in the park that does nothing?' But you see how popular it is!"

Filled with light and life, this park is a prime example of how much Moscow has changed. Two decades ago, the site was home to the hulking Rossiya Hotel – a Soviet landmark famous for its 3,000 drab rooms, and its cockroaches. Finally, in 2006 it was demolished. For years the site stood derelict, until in 2012 President Vladimir Putin ordered up a park.

Renfro said, "We questioned whether we should do the competition, politics being what they were."

But Renfro was as stunned as anyone when his firm won the competition to design Moscow's first new park in 50 years. "The idea that we could make something this intimate, this special, in the center of one of the world's busiest, biggest urban cities was just too titillating and too, too exciting," he said.

The Americans worked closely with their Russian partners to design 32 undulating acres covered in native plants and trees … birds, drawn to this green refuge, which recreates all of Russia's landscapes.

Here, for example, are plants from the far north, underneath the fairytale domes of St. Basil's.

Renfro's partner, landscape architect Mary Margaret Jones, calls it "wild urbanism." "Here we are, right now we're lost in this birch forest, [and] the city is right there. So, it's wild but it's urban," Jones said. "What interested us is the fact that it is a park, it is a landscape. And landscape is something that speaks to all people."

When they enter it, they leave the city behind. "The park managers, they love this part of the park — they say it's a little too romantic sometimes. We think that's great!" said Jones.

But tucked under every hill in this park are hidden treasure.

Visitors can go inside to see a mock ice cave, a virtual reality tour of Moscow, or the Philharmonic Orchestra, in a magnificent new concert hall inaugurated just weeks ago that sits under a graceful glass dome. Putin himself boasted that the hall was the best in Europe.

This summer, Renfro and Jones – along with their Moscow partner, Petr Kudryavtsev – spoke at the edgy Moscow Urban Forum. Renfro said, "I think the thing that worked out best was international cooperation."

Palmer said, "Russian-American relations are at their lowest point in a long time."

"Ohhh, you're going to go there," laughed Renfro.

"I think it's wrong to say that American-Russian relations are at their worst point. What's at a bad point is our leadership around the world. But I think the people that are actually making this world a better place are doing so more cooperatively and more effectively than ever before."

Of Zaryadye Park, Renfro said, "This is a park for centuries. This is a piece of the city that will last well beyond anybody's lifetime. It's a park for eternity." 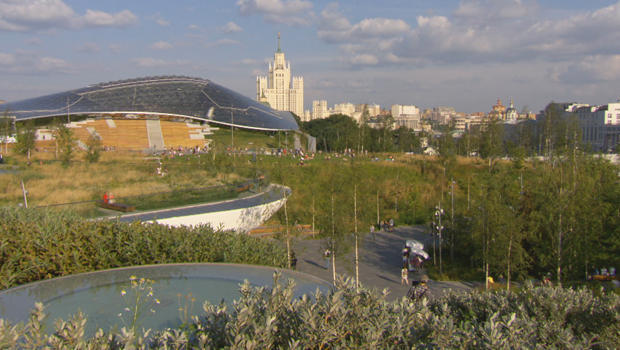 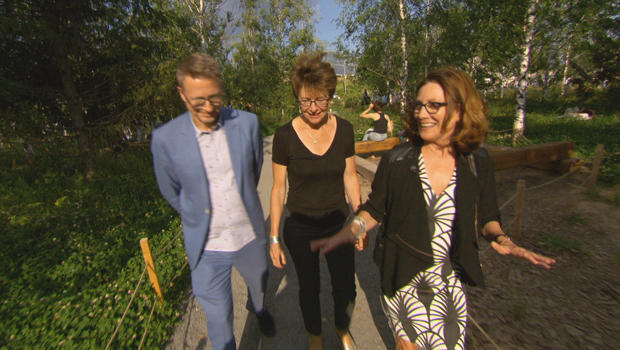 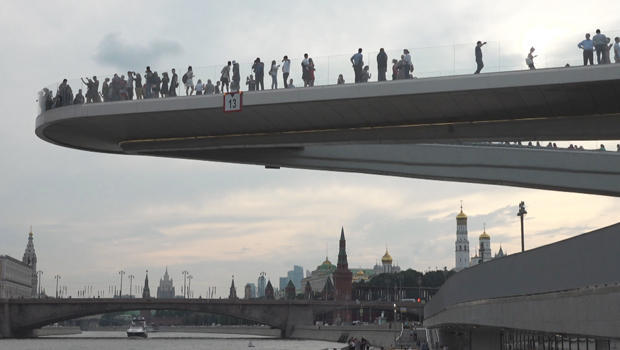 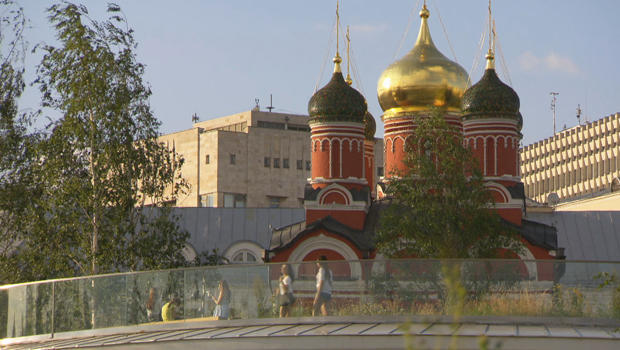 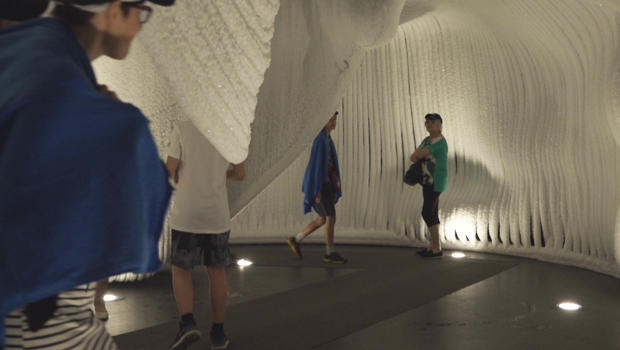 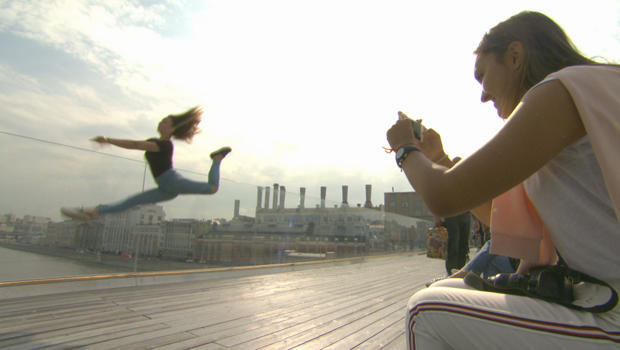