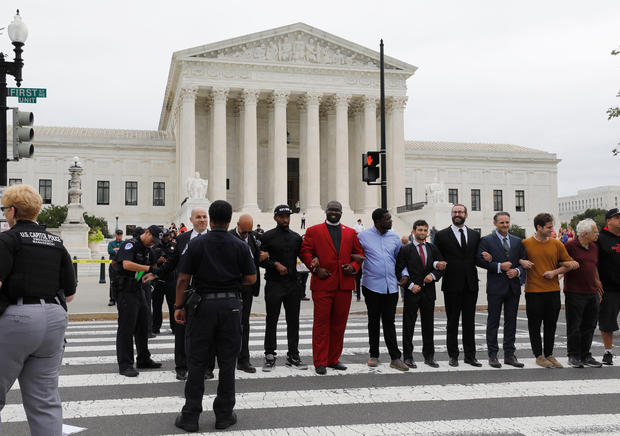 Capitol Police said Friday that 101 people were arrested for unlawful demonstrations in Capitol Hill buildings as two key swing senators said they would vote to confirm Supreme Court nominee Brett Kavanaugh, all but assuring him the Supreme Court seat. Friday's arrests capped off days of protests, including a large demonstration Thursday that led to over 300 arrests.

According to Capitol Police, 78 people were arrested in Senate office buildings, 16 were arrested outside, six in the Senate gallery and one arrested in Dirksen building for demonstrating and possession of marijuana.

When Sen. Susan Collins spoke on the Senate floor to announce she would vote for his confirmation, protesters began chanting: "Vote no, show up for Maine women."

Additionally, a man protesting in support of Kavanaugh was arrested Friday after getting into an altercation with protesters, CBS Washington affiliate WUSA-9 reports. Video from the scene shows the man joining a group of protesters holding a "Confirm Kavanaugh" sign before another protester tears it from his hands. He then pushes the other protester to the ground, forcing others to scramble out of their way.

He was charged with assault, WUSA reports.

On Thursday, actresses Amy Schumer and Emily Ratajkowski among the protesters detained in anti-Kavanaugh demonstrations. In a video shared widely on Twitter, Schumer said "I think we're going to get arrested." 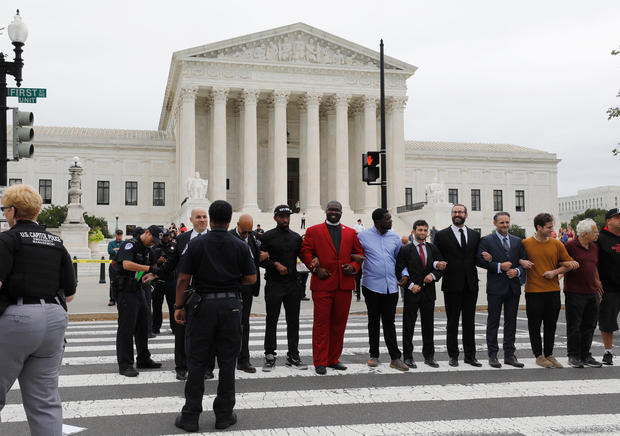