"I think he's highly qualified for the Supreme Court," she told reporters traveling with her in Egypt.

Speaking near the Great Sphinx, she said she's glad that both Kavanaugh and his accuser, Christine Blasey Ford, were heard.

Mrs. Trump was asked whether she believes Ford, who accuses Kavanaugh of sexual assault — an allegation he denies. She did not answer but said she is "against any kind of abuse or violence."

The first lady is wrapping up a four-country tour of Africa. She said her time on the continent so far has been "unforgettable" and "incredible." 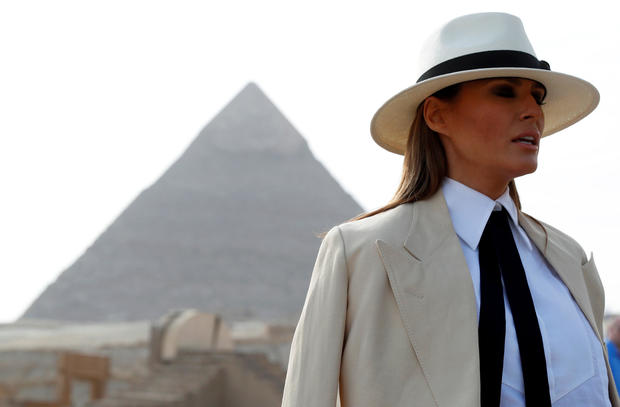