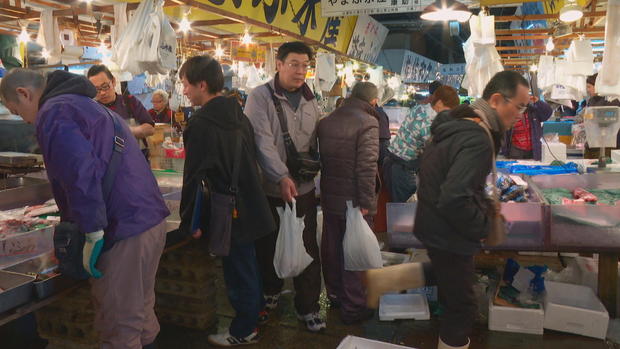 TOKYO — One of Japan's most popular tourist destinations is no more. Tokyo's legendary Tsukiji fish market, one of the largest in the world, has closed for good, with hundreds of merchants heading for a controversial new location.

CBS News' Lucy Craft says the sight of rows of premium-grade tuna being auctioned off before sunrise at Tsukiji had come to define Japan and its famous cuisine. Expertly carved up by wholesalers, a prime fillet would land on sushi trays and dinner tables across the fish-loving nation in a matter of hours.

For 83 years, Tsukiji Market was the gold standard in seafood sales, handling about $14 million worth of fish every day. That made it one of the biggest fish markets on the planet by volume.

The ramshackle charm and jam-packed aisles of Tsukiji's inner market made it irresistible to tourists, drawing an estimated 2 million annually. Fascinated foreigners would come early in the morning to witness the spectacle, and dodging the army of speeding "turret trucks" was part of the experience.

"Those little carts are crazy — it's almost like out of a Star Wars movie," one tourist who visited the market before it was shuttered told CBS News. "They're flying around, you have to watch out and make sure you don't get run over!"

The trucks will still rumble, but in a spacious, modern and some say far too antiseptic new market a few miles away from Tsukiji.

City officials says the move to modern quarters was long overdue as Tsukiji lacked air conditioning and was showing its age. The old market was built for a time when deliveries were primarily made by train, not truck as they are today. Critics say these and other issues have led to a steady decline in business.

A gas plant, however, once occupied the new location, called Toyosu, and while more than $500 million was spent on decontamination, many of Tsukiji's longtime vendors fear the new site will taint their brand.

Yoshinobu Yoshihashi, a third-generation wholesaler, fought in vain to have the old market renovated instead of replaced.

"Some of us have broken down in tears over all the effort our forefathers have poured into the old fish market," he told CBS News. "I haven't cried, but it hurts me no less."

If the city has its way, the former historic market will become a glitzy new commercial development. 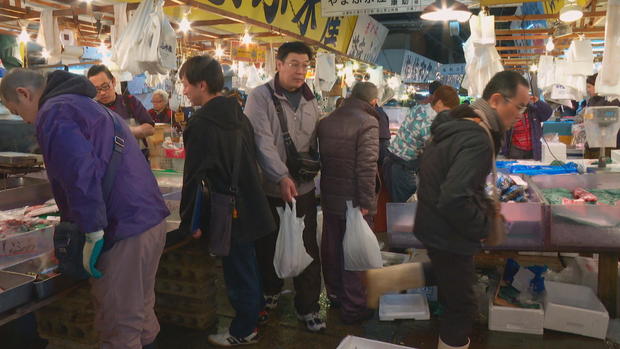 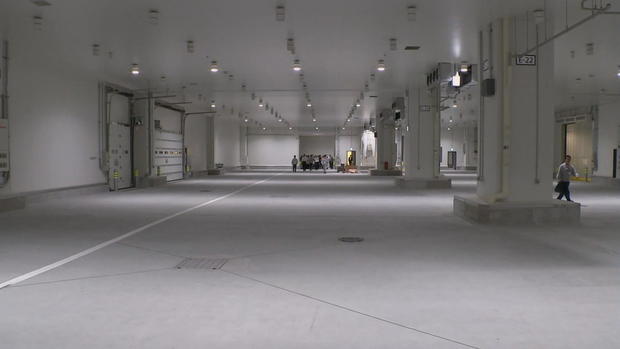