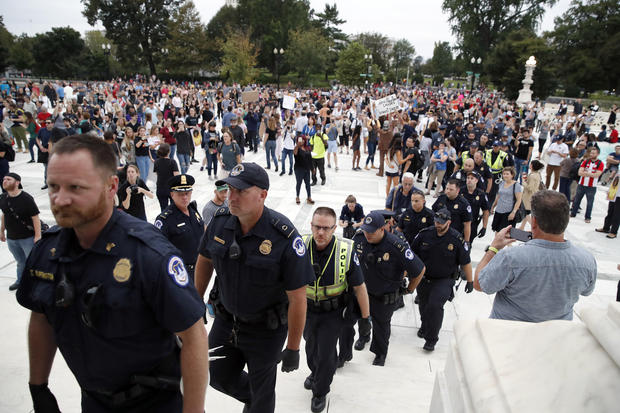 Demonstrations for and against Brett Kavanaugh's confirmation to the Supreme Court were held in Washington, D.C., and across the country on Saturday. Police said they arrested at least 164 people in Washington on charges of crowding, obstructing or incommoding.

Capitol police arrested 150 demonstrators on the steps of the U.S. Capitol Building. Fourteen others were arrested in Senate galleries: 13 were detained during the roll call vote and one was arrested before. The protesters repeatedly the interrupted the vote and could be heard being dragged out of the gallery.

Rallies were also scheduled across the U.S. in cities like Atlanta, Cleveland, Oakland and New York City. The mood was somber in Manhattan's Washington Square Park prior to the vote, seemingly resigned to the fact that the confirmation was a done deal. Still, they wanted to make sure their dissent was heard.

"It's not just crazy paid protesters or whatever myth the right is trying to perpetuate about these protests — it's genuine American families scared for their kids' future," Jenny Robinson-Hartley said.

Even as Kavanaugh took his oath of office in a private ceremony, protesters chanted outside the court building across the street from the Capitol Building. 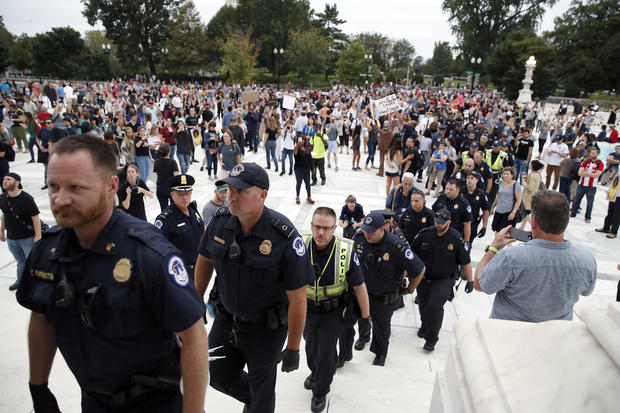 Herschel Walker denies paying for a girlfriend's abortion in 2009