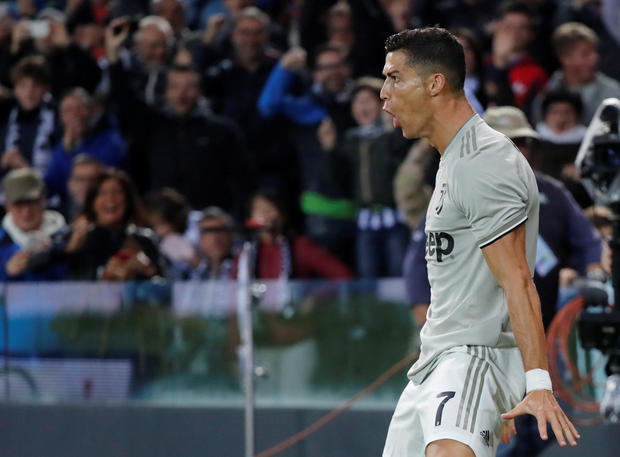 UDINE, Italy — Cristiano Ronaldo scored for Juventus in the Italian league on Saturday, a week after a Nevada woman filed a civil lawsuit accusing him of raping her nine years ago. Late in the first half against Udinese in Serie A, Ronaldo found the target with a powerful angled shot into the far corner for a 2-0 lead at halftime.

Immediately after scoring, Ronaldo signaled for his teammates to give him some space so he could go celebrate in front of a TV camera, leaping into the air with an emphatic double fist pump.

The goal, Ronaldo's fourth of the season, was met by a mix of applause and boos. Earlier, there was no significant reaction when Ronaldo's name was read out for the team introductions before kickoff.

Kathryn Mayorga filed a lawsuit last week in Nevada saying she was raped by Ronaldo in Las Vegas in 2009. Police have also re-opened an investigation. Ronaldo has denied the accusation. Upon Ronaldo's arrival at Dacia Arena, he appeared intensely focused as fans cheered and yelled his name.

Earlier, Ronaldo's mother, Maria Dolores Aveiro, sent her son a message on Instagram: "Good luck son and for your team because together we are stronger."

Ronaldo missed Tuesday's Champions League match against Young Boys because he was suspended after receiving a red card in an earlier match. However, he did play in the Italian league last weekend shortly after news broke about the allegation against him.

Besides the game against Young Boys, Ronaldo has played every minute of Juventus' other eight matches this season.

On Thursday, Juventus sent a statement of support and called him a "great champion."

Since the allegation surfaced, Juventus' share price has fallen by nearly 20 percent.

This week, Ronaldo faced growing heat from sponsors after Nike and video game maker EA Sports expressed concern about the allegations against the soccer superstar.

"We are deeply concerned by the disturbing allegations and will continue to closely monitor the situation," Nike said in a statement to the Associated Press. 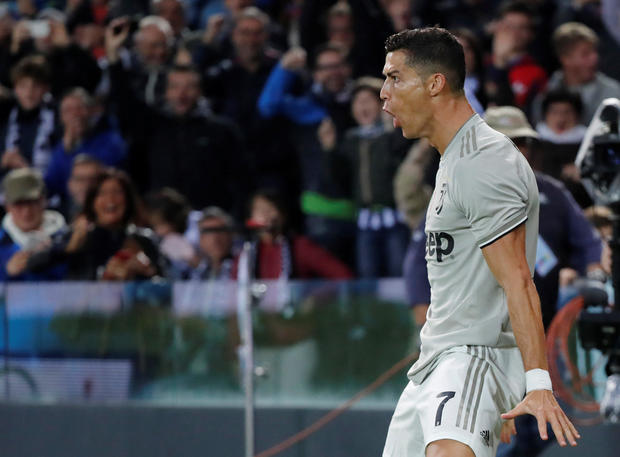 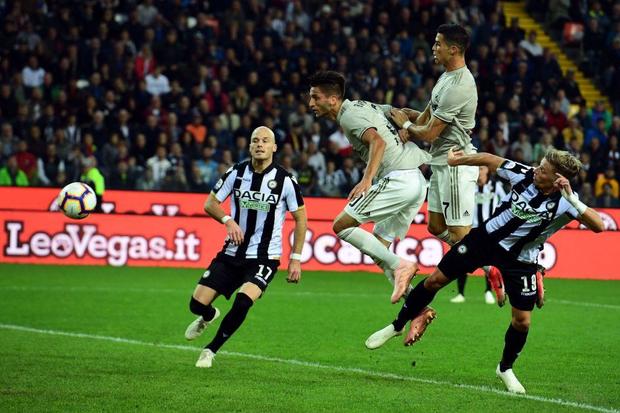 Defense theory: Shooter used her toe to pull the trigger

Maggie Haberman on Donald Trump: “He saw the presidency as the...