His Turnberry resort on the Irish Sea lost 3.4 million pounds ($4.4 million dollars at current exchange rates) in 2017, despite opening a new course and refurbished hotel, according to a report from Britain's Companies House. The losses add to the woes of a Scottish golf business that has faced a backlash from anti-Trump protesters and has tussled for years with regulators and environmentalists.

The losses, however, are significantly smaller than last year's. The resort was closed for six months in 2016 while a hotel and grounds were being refurbished.

Results for Trump's second Scottish golf resort near Aberdeen on the North Sea haven't been released yet.

Trump's company has struggled since it ventured into Scotland a dozen years ago. He fought with landowners who refused to sell to him and with regulators objecting to his buildings plans. He also recently lost a court fight to stop an offshore windmill farm near one of his courses.

The losses at Turnberry come after setbacks at other Trump golf clubs, including declining figures at his courses in New York City and Los Angeles. Since his business is private, it's not clear how many of his other resorts are doing, and his golf business overall.

The Turnberry losses appear to have come as a surprise to some in the company. The general manager of the resort told the Guardian newspaper last year that he expected a profit in 2017 on much higher revenue.

The Turnberry resort owes about $140 million to President Trump's trust in New York for loans provided for its refurbishment, which included a hotel ballroom, according to The Guardian.

The Turnberry resort isn't the only Trump-related brand to experience a downturn. Mr. Trump's daughter Ivanka Trump closed her four-year-old brand earlier this year. It had been an early target of the "GrabYourWallet" campaign to put pressure on the Trump brands as a way to weigh in on the president's policies.

The president's son, Eric Trump, had high hopes for Turnberry. In a letter accompanying the resort's 2016 financial report, he said his course had received "excellent reviews" from its guests and that reopening the resort will usher in an "exciting new era" for the company.

Eric Trump is a director of the British subsidiary of the Trump Organization that owns the two Scottish resorts.

His letter in the latest financial report was more muted, though, although he did express optimism. He wrote that the resort is expected to turn an operating profit in the "short to medium terms." 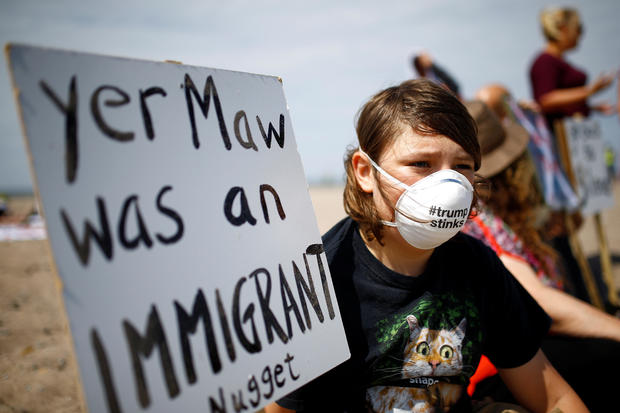