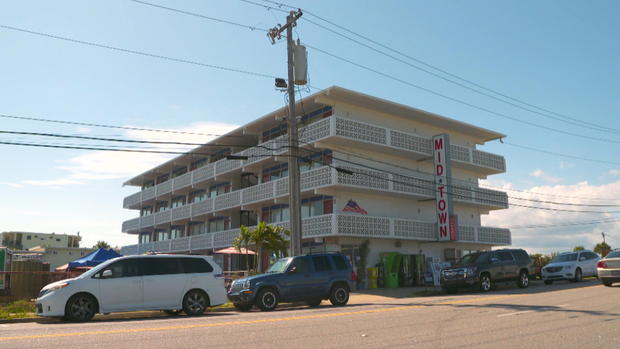 MYRTLE BEACH, S.C. — For many people flooded out of their homes in and around Myrtle Beach, South Carolina, the most welcoming port in the storm has been a total stranger.

"I said, 'Come stay with me. Come stay at my house until you can go back to yours,'" said Jaret Hucks.

It's not really a house, though. Jaret owns the Midtown Inn and Cottages. Throughout floods, he has been open for business — or more like open for charity. To date, Jaret has given away almost 1,000 free nights to this community's poorest and most vulnerable evacuees.

Jaret has taken in every member of families. No pet policy be damned – the Midtown has welcomed dogs, a tortoise and even a rescued baby squirrel named Mr. Squeakers.

"Love thy neighbor, right? That's what you're supposed to do," Jaret said. "My mama taught me that a long time ago."

So far, Jaret has given away about $50,000 worth of services. But even more important is the generosity he has inspired in others.

"They came out of the woodwork," he said. "People started running to me right away, 'How can I help? What can I do?'"

People brought diapers, ice and plenty of food. Anyone staying at the Midtown now gets three square meals a day. In fact, from the new shoes on their feet to the hairs on their head, we didn't see a single need going unmet — especially for the children who now play wonderfully oblivious to the suffering that surrounds them.

In an attempt to return the favor, some of the parents have been pitching in with housekeeping and other chores. Jaret appreciates the effort, but says the best repayment has been the crayon on paper thank yous, as well as knowing with absolute certainty that he has made his mama proud. 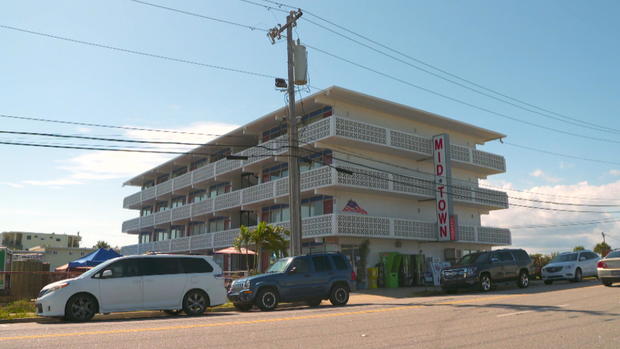 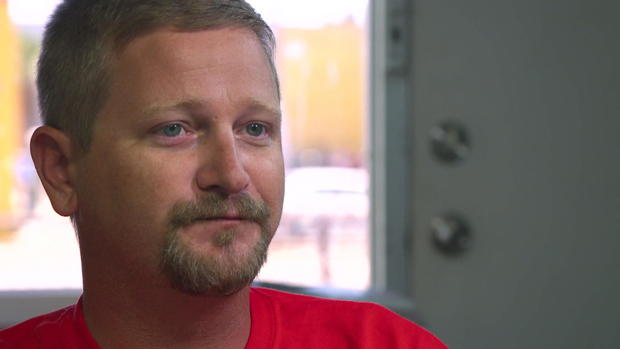