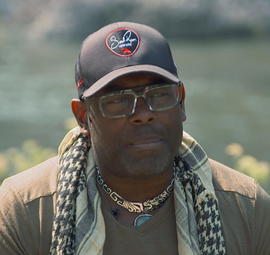 CBS News October 4, 2018, 11:22 AM Veteran discovers the healing power of fly fishing and passes it along to others

Our series, A More Perfect Union, aims to show that what unites us as Americans is far greater than what divides us. In this installment, CBS News correspondent Jan Crawford shows us the healing power of fly fishing.

On a bright, sunny day along the Crooked River in central Oregon, kids are angling for trout. But what's happening in that river runs much deeper than catching a fish — exactly what Chad Brown was hoping for when he started Soul River. The Portland-based non-profit offers an escape into nature for veterans and kids who might not otherwise have the opportunity.

"We're in the wilderness. We're only here for a couple more days and we've gotta enjoy. There's no guarantee I'm coming back here with family," said 14-year-old Yanett Garcia, a self-described city kid. "Especially living with eight people, it's kind of rough sometimes. But you know, this is a time to relax and just find yourself."

For Brown, it's a type of coping mechanism.

"It erases everything around me and allows me to focus on what's exactly in front of me right at that moment basically. It may not have anything to do with getting the fish basically, you know?" he said.

Brown is a Navy veteran. He served in the Gulf and patrolled the dangerous streets of Mogadishu, Somalia. He returned home broken, desperate to escape the anxiety, blackouts and nightmares brought on by PTSD.

"It all came crashing down to one place. And it stripped me from everything. I lost completely everything. I became…homeless in the streets in Portland, Oregon," Brown said.

His lowest point came when donating blood for money.

"Sitting there pumping and trying to fill a pint of blood so I can get $20…. I had never thought in my life that I was going to find myself in a place like that and I was embarrassed," Brown said.

He started treatment at the VA for PTSD and got a service dog named Axe. But it wasn't until a friend took him fishing that he found his real medicine.

"I was like a walking zombie. With that much medication in your system…I couldn't smile," he said. But when he hooked that fish, he got a "jolt of energy, of life."

"That brought me into the present for where I can actually be able to feel the air, feel the currents, that I'm standing in the water…It made me alive."

"There are veterans out there, that are fighting their stuff… There are also young people out there fighting their stuff as well…They're walking around with, like, duct tape over their mouths, basically," he said. "It's trapped, right? If I can bring these worlds together where that veteran serves that youth, and that youth serves that veteran. They're both having the wounded souls here."

After leaving the Marine Corps, Daniel Huynh was looking for another opportunity to serve.

"Fly fishing is my salvation, you know I come out here, this is my church my happy place," Huynh said. "What Soul River provides to me are these short, perfect moments. Having the opportunity to teach a youth fly fishing, and then watch them catch a fish….it's this ear-to-ear, you know, smile feeling."

Because on these trips, kids also learn about the environment, conservation, and leadership.

"Chad, you know, he went through a lot of rough times and he's here now and he's a leader. And I really admire him for that," Kiran Weasel said.

For Brown, he's found his purpose and hopes he's hooked a new generation of leaders.

"We all have our issues. We find different things in life or whatever we're going up against…the river has a way of listening, giving us that space," Brown said.

Both the kids and the veterans say there's a lot of new skills to learn on these trips, but they also learn about themselves, becoming more self-aware, patient, open, and appreciative of opportunities. 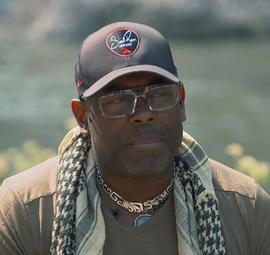 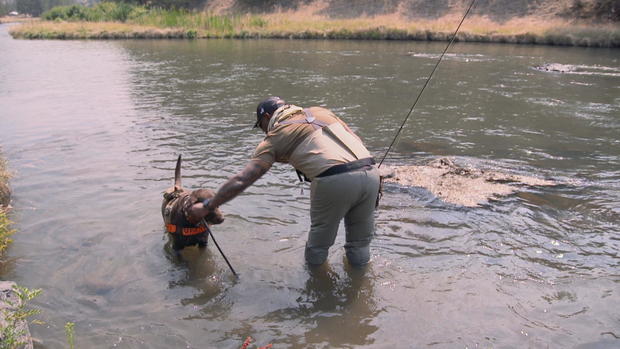