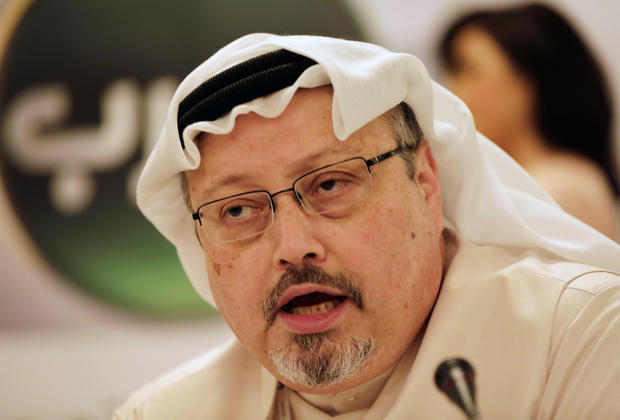 ISTANBUL — Saudi Arabia's Consulate in Istanbul insisted Thursday that a missing Saudi contributor to The Washington Post left its building before disappearing, directly contradicting Turkish officials who say they believe the writer is still inside. The comments further deepen the mystery surrounding what happened to Jamal Khashoggi, who had been living in a self-imposed exile in the U.S. while writing columns critical of the kingdom and its policies under upstart Crown Prince Mohammed bin Salman.

Khashoggi's disappearance also threatened to further deteriorate relations between Turkey and Saudi Arabia, which are on opposite sides of an ongoing four-nation boycott of Qatar and other regional crises.

In a statement carried by the state-run Saudi Press Agency, the consulate did not challenge that Khashoggi, 59, had disappeared while on a visit to the diplomatic post.

"The consulate confirmed that it is carrying out follow-up procedures and coordination with the Turkish local authorities to uncover the circumstances of the disappearance of Jamal Khashoggi after he left the consulate building," the statement said, without elaborating.

The statement comes after a spokesman for Turkish President Recep Tayyip Erdogan told reporters Wednesday night that authorities believed the journalist was still there.

"According to the information we have, this person who is a Saudi citizen is still at the Saudi Consulate in Istanbul," Ibrahim Kalin said. "We don't have information to the contrary."

On Tuesday, Khashoggi entered the consulate to get paperwork he needed in order to be married next week, said his fiancée Hatice, who gave only her first name for fear of retribution. He gave her his mobile phones for safekeeping, something common as embassies throughout the Middle East routinely require phones to be left outside as a security precaution.

Hours later, Hatice said she called Khashoggi's friends in a panic when he never emerged.

"I don't know what has happened to him. I can't even guess how such a thing can happen to him," his fiancée told The Associated Press. "There is no law or lawsuit against him. He is not a suspect, he has not been convicted. There is nothing against him. He is just a man whose country doesn't like his writings or his opinions."

The Post said it was "extremely concerned" about Khashoggi.

"We have reached out to anyone we think might be able to help locate him and assure his safety, including U.S., Turkish and Saudi officials," the Post's editorial page editor Fred Hiatt said in a statement.

The State Department said it was aware of Khashoggi's disappearance and was seeking more information. U.S. Secretary of State Mike Pompeo spoke by telephone Wednesday with Prince Mohammed, but it was unclear if the writer's case came up in their conversation.

Khashoggi is a longtime Saudi journalist, foreign correspondent, editor and columnist whose work has been controversial in the past in the ultraconservative Sunni kingdom. He went into a self-imposed exile in the United States following the ascension of Prince Mohammed, now next in line to the throne to his father, the 82-year-old King Salman.

Khashoggi was known for his interviews and travels with Osama bin Laden between 1987 and 1995, including in Afghanistan, where he wrote about the battle against the Soviet occupation. In the early 1990s, he tried to persuade bin Laden to reconcile with the Saudi royal family and return home from his base in Sudan, but the al Qaeda leader refused.

Khashoggi maintained ties with Saudi elite and launched a satellite news channel, Al-Arab, from Bahrain in 2015 with the backing of Saudi billionaire Prince Alwaleed Bin Talal. The channel aired less than 11 hours before it was shut down. Its billionaire backer was detained in the Ritz Carlton roundup overseen by Prince Mohammed in 2017.

The dispute over Khashoggi's disappearance also threatens to reopen rifts between Ankara and Riyadh. Turkey has supported Qatar amid a yearlong boycott by Bahrain, Egypt, Saudi Arabia and the United Arab Emirates over a political dispute. Turkey's support of political Islamists, like the Muslim Brotherhood, also grates leaders in Riyadh and Abu Dhabi, which label the organization a "terrorist group" threatening their hereditarily ruled nations.

"If, as it claims, Saudi Arabia truly wishes to transition to a more open society, it will have to accept the fundamental rights of freedom of expression and freedom of the press," wrote Ravi R. Prasad, the institute's head of advocacy.

The New York-based Committee to Protect Journalists also expressed concern, saying "given the Saudi authorities' pattern of quietly detaining critical journalists, Khashoggi's failure to emerge from the Saudi consulate on the day he entered is a cause for alarm." 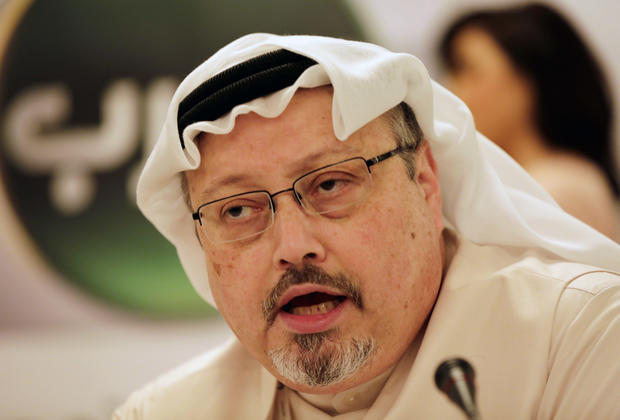 How election officials are trying to keep in-person voting safe

President Trump says there will be enough vaccine available by April