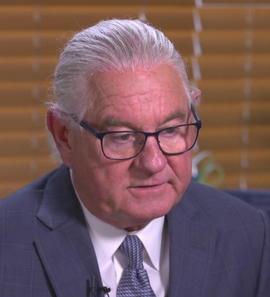 The woman who claims soccer superstar Cristiano Ronaldo raped her in Las Vegas now says the alleged assault left her with post-traumatic stress. Kathryn Mayorga wants an eight-year-old legal settlement of her charges thrown out because psychological injuries made her incompetent to agree to it. Ronaldo denies any wrongdoing. Amid the accusations Ronaldo has been left off Portugal's national team for two upcoming matches, according to the Associated Press.

Las Vegas police are now reopening their investigation into the assault allegations. Mayorga's attorney says his client was inspired by the #MeToo movement and is speaking out now in hopes of encouraging anyone who's suffered sexual assault in their past to come forward, reports CBS News correspondent Jamie Yuccas.

Mayorga first told the German publication Der Spiegel about the night in 2009 she says Ronaldo raped her. The night still haunts her, according to her lawyer Leslie Stovall.

Photos show Mayorga and Ronaldo partying at a Las Vegas hotel that year. In 2010, she reached an agreement with his attorneys to accept $375,000 to keep quiet about their alleged encounter.

"It appears that Kathryn felt she had to sign the settlement agreement to avoid further discussions or negotiations about the sexual assault and that in and of itself was traumatic," Stovall said.

Mayorga is now seeking more than $200,000 in a lawsuit claiming she "lacked the mental capacity to participate in negotiations…due to the injuries suffered."

"If you were to ask Kathryn, 'are you doing this for money?' she'd say no…. What we're asking is that Kathryn be compensated for what she's gone through," Stovall said.

In a statement, Las Vegas police said in 2009 "the victim did not provide detectives with the location of the incident or suspect description." Mayorga's lawyer disputed that in a press conference Wednesday, saying she did identify Ronaldo as her attacker.

On Twitter Wednesday, Ronaldo said his conscience was clear writing, "I firmly deny the accusations being issued against me… keen as I may be to clear my name, I refuse to feed the media spectacle created by people seeking to promote themselves at my expense."

Asked what his response to that is, Stovall said, "I really don't have a response… He will have the opportunity to come into a court of law and prove that he did nothing and I look forward to that."

Mayorga's attorney says Ronaldo has 20 days to respond to the lawsuit. Ronaldo has multiple endorsement deals, including one with Nike reportedly worth a billion dollars. Nike tells CBS News it's deeply concerned by the allegations and it'll continue to closely monitor the situation. 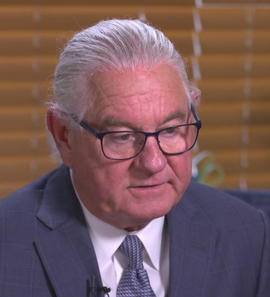