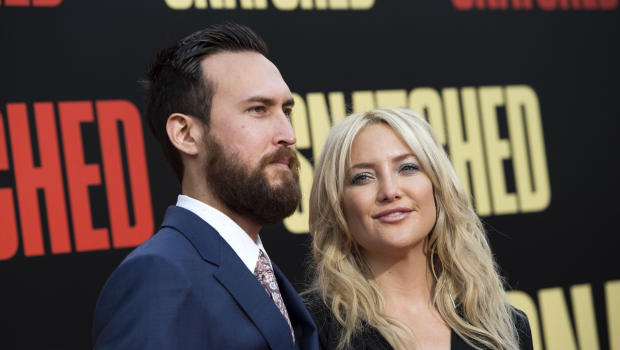 It's a girl for Kate Hudson and Danny Fujikawa. On Wednesday, the "Almost Famous" actress announced on Instagram that she and her musician boyfriend have welcomed their first child together. The baby was born on Tuesday, Oct. 2.

Hudson wrote that her daughter's name is Rani Rose Hudson Fujikawa. Though Hudson has two sons, 14-year-old Ryder and 7-year-old Bingham, from previous relationships, Rani is her first daughter.

Hudson posted a series of pictures on Instagram. She said that her daughter is named after Fujikawa's father, Ron Fujikawa. "Ron was the most special man who we all miss dearly. To name her after him is an honor," she said. Hudson also said that "Rani" is pronounced like "Ronnie."

The couple have been dating for more than a year, but Hudson said on "The Talk" that she has known Fujikawa's family for a long time.

"In terms of family, I've known his family forever," she said. "To have that connection is really powerful." Fujikawa is stepbrother to Erin and Sara Foster, Hudson's close friends.

Hudson wrote in her Instagram post that the family is doing well and happy as can be.

The couple revealed in April that they were having a girl.

"SURPRISE!!!" Hudson captioned a video of her gender reveal on Instagram. "If you've wondered why I've been so absent on my social channels it's because I have never been more sick! It's was the most sick first trimester of all my children. Boomerangs have made me nauseous, Superzoom is an easy way to have my head in the toilet, food instagrams make me queezy and thinking too much about insta stories made me even more exhausted than I already had been."

Hudson told The Times of London in April that she wanted more kids. She said at the time, "I'm not done yet. A girl would be fun." She also said, "We'll see how many Danny wants." 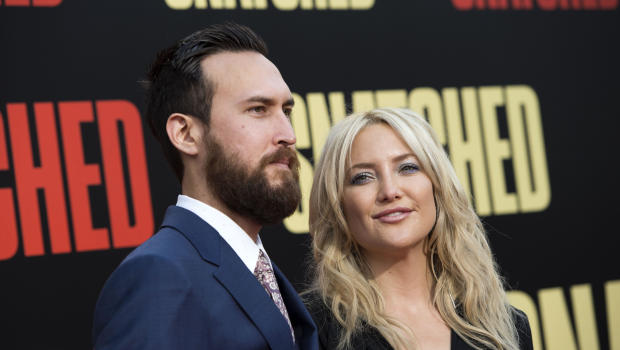