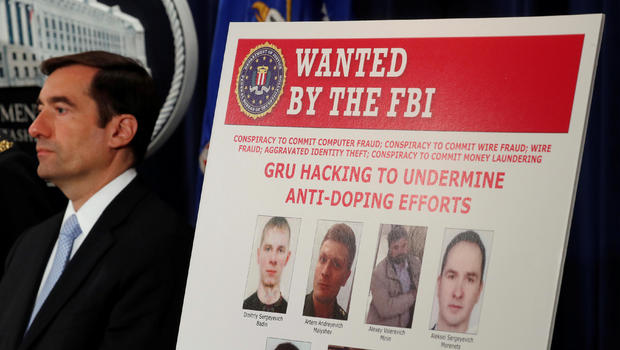 According to a Justice Department press release, a grand jury in Pennsylvania sent the indictment, which says that beginning around December 2014 and up through May 2018, the operatives conducted sophisticated computer hacking operations that affected people in the U.S., corporations, international organizations and their employees around the world, "based on their strategic interest to the Russian government."

International anti-doping organizations and officials were targeted by the Russian operatives after they exposed and condemned Russia's athletic doping program. According to Justice Department officials, the operatives tried to publicize information they had stolen in order to undermine and delegitimize the anti-doping orgnaizations.

Prosecutors say the Russians also targeted a Pennsylvania-based nuclear energy company — the Westinghouse Electric Company, which is near Pittsburgh — and an international organization that was investigating chemical weapons in Syria and the poisoning of a former GRU officer. The indictment was announced on the same day that the Dutch government said it had blocked a cyberattack by Russian intelligence agents in April targeting the Organization for the Prohibition of Chemical Weapons (OPCW) headquarters in The Hague.

The indictment says the hacking was often conducted remotely. If that wasn't successful, the hackers would conduct "on-site" or "close access" hacking operations with trained GRU members traveling with sophisticated equipment to target their victims through Wi-Fi networks. 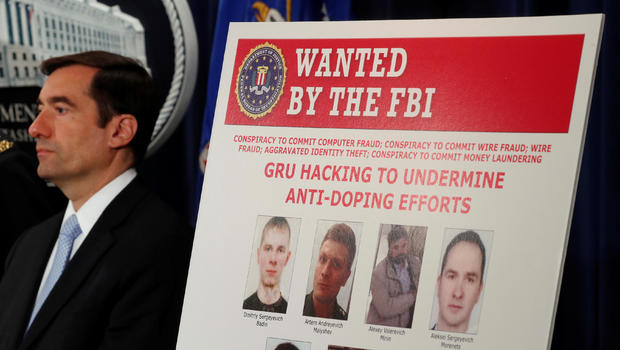