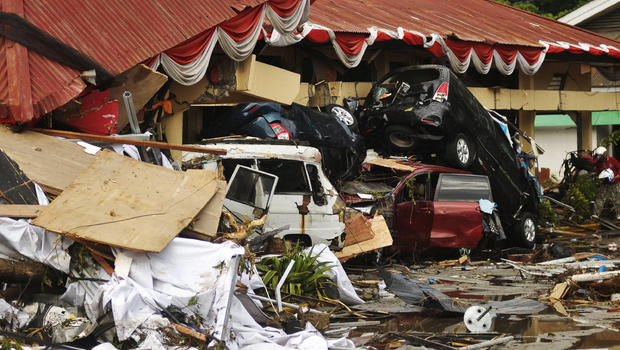 PALU, Indonesia — Food and supplies are trickling into Indonesia as the official death toll from last week's earthquake and tsunami has now topped 1,400 people.

In Palu, the situation is increasingly desperate, but 17 countries including the U.S. have promised to send aid. The Red Cross said a ship full of supplies should arrive Friday.

Gas stations in Palu are running on empty. One man named Ari waited 14 hours only to find out there wouldn't be any fuel deliveries. He described the situation as "chaos."

The Indonesian military has been moving people out of the disaster zone but faces growing criticism it might have been too slow to move in aid for survivors. The city of more than 350,000 people has no running water or electricity. Food and water is scarce, as are the tools to recover the dead.

Rescuers are using their bare hands to dig through debris to try and find bodies. CBS News was there as they found two victims, including the body of a 12-year-old boy.

Nearby, a woman named Aldiani said she survived the tsunami that devastated Palu's beachfront, but lost five family members including her father and mother.

She said the 20-foot-tall tsunami wave came without warning. Aldiani said all she has now is her faith. 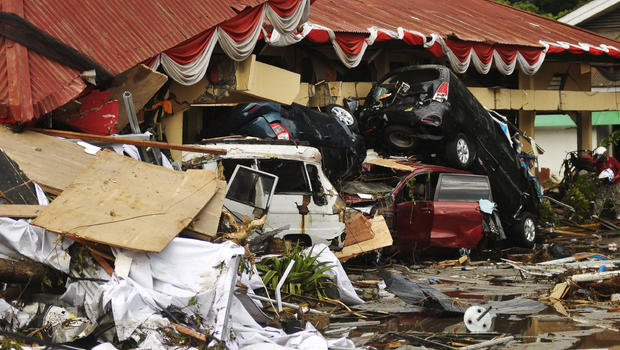